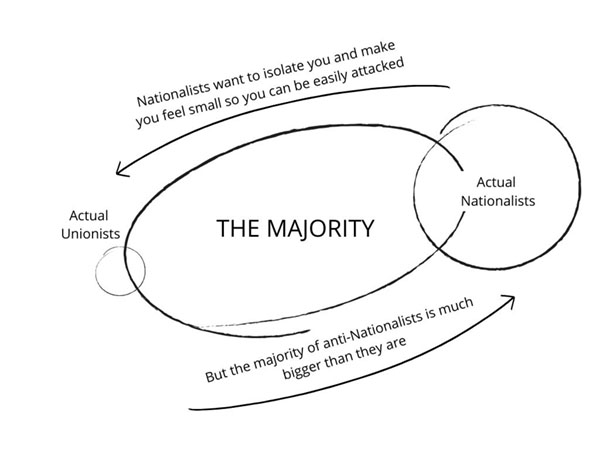 One of the main techniques extremist groups like Nationalists use to make themselves appear normal is to label their opponents something they would like them to be and then attack that label.

By labelling their opponents as “Unionists” or “Yoons” they associate them with Union Jacks, British bulldogs, Churchill, and The Queen.

(Of course the Union that the Nationalists almost always imagine is English — they never include Northern Ireland or Wales, or the Scottish people who are part of Britain.)

But irrespective of whether you think Churchill or the Queen are good, the labelling achieves several things:

They are choosing the battleground and the weapons to beat you. So stop trying to defend the Union.

For example, Fascists try to call those who are against them “communists” because it’s easy to understand and easy to attack. But most people who are against Fascism aren’t communists. They are just ordinary folk.

But Mark, I hear you say, what am I if I am against the ugly cult of Nationalism? Glad you asked. It’s simple: You’re an anti-Nationalist.

You see the difference? A person who accepts being called “a Unionist” has to defend  the union. An anti-Nationalist takes the fight back to the Nationalists. All decent people should be against a dirty ideology that, wherever it raises its head, promotes bigotry, racism and stupidity.

Let’s choose the battlefield and use better weapons. I don’t care what political affiliation you are. For now we can agree to disagree. But we can all agree that Nationalism is an ugly ideology that is bad for Scotland.

In less than a year there’s going to be a Scottish election, and there is no doubt that Nicola Sturgeon and her cronies will use it to keep calling us ‘Unionists’, ‘Red Tories’ and ‘British Nationalists’, while they sow further division and continue to agitate for a disastrous referendum.

We need to build our resources now and get more of these articles out. If you like what you read here, please drop us a monthly donation so that we can fight back against their ugly Nationalism. Please click here to go to our donation page.

This makes so much sense. Worth remembering it was Alex Salmond who coined the term ‘Unionist’ as a pejorative. He designed that to divide and conquer people. By setting out if you’re not one of them, you’re one of us.

Don’t fall into that trap. Be a Unionist if you want. I am. But many many people who voted for the Union don’t identify as one as such, so the term anti-nationalist fits better.

Good article however I disagree about the word Union or Unionist etc. I am a Unionist and proudly so and I also think waving the Union Flag at events is a good thing. Its positive not negative, its shows pride in who and what we are and in the success of the Union for all nations. I do take your point but what you are suggesting is no different because there are two sides to this situation, those who want independence and those that do not. As Shakespeare said, that which we call a rose by any other name would… Read more » 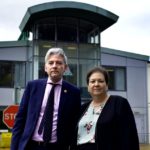 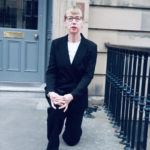