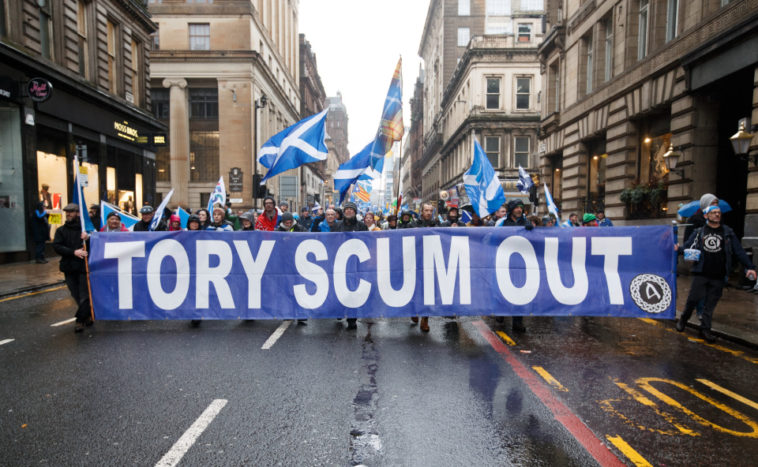 Yesterday, I was talking to a female ex-Labour supporter, and new Nationalist. While claiming she was ‘for social justice’, she said that she was all for anyone being Scottish, except for JK Rowling. When I asked why, she told me that Rowling should be excluded because of her political views.

Whatever you think of Ms Rowling, or transgender activism, this woman, who presumably thinks she is a decent person, told me straight up that someone with a different political opinion from her has no place in Scotland.

Add that to the many Nationalists who routinely call for their Tory or “Red Tory” opponents to “go and live in England,” claim their opponents are “traitors” and that they “hate Scotland” and we see Nationalist thinking on a massive scale.

But, the media barely shows how this abuse affects ordinary people. There might be the occasional article about politicians receiving abuse, but this morning I read of someone who has had enough, is selling their house and moving their family south, and I talked with an English-born man, who has lived here for over 30 years, who now whispers he doesn’t feel comfortable in Scotland.

It doesn’t take long to find abuse online. Cybernats, an aggressive army of online bullies, are primed to descend on anyone who dares criticise St. Nicola or the objectively poor performance of her government. Women routinely receive death and rape threats. Today, I read about how an openly gay man, who was hounded off of social media, and whose employer was sent hundreds of homophobic emails falsely accusing him of despicable acts. So much for equality.

Not to mention the people who’ve lost friends, and the families torn apart.

How did we get to the situation where any of this is acceptable?

Growing up in Scotland, there was the odd joke about the English, reasonable football rivalry, and some minor grievances about English football commentators. Nationalists were a tiny minority and their inferiority complex, crass supremacism, and “It’s oor oil” greed was rightly mocked.

Returning to this country, after 26 years overseas, and having worked with people from all across the world, I am appalled at the casual bigotry in Scotland. From people who really should know better.

How did these Nationalist traits become mainstream?

The answer is simple: Nationalist politicians inflamed grievances to gain power. There was, and still is, no problem that isn’t “Westminster’s” fault, despite huge sections of the economy, like the NHS and the Police, already being under Nationalist control.

It accelerated with Alex Salmond, who cleverly, and very successfully, distorted language to brand anyone who opposed his divide-and-conquer power grab in ugly terms as a “Unionist”, a “Red Tory” or a “British Nationalist”.

And under Nicola Sturgeon, Nationalism continues unabated, in its slick, professional incarnation: Bigotry in a smart suit.

In particular, by not accepting the result of the 2014 Referendum, they continue to sow dissent. Think of the difference if they had actually said, “We did our best, but we lost, let’s give it a rest for a while — a generation perhaps — and get back to issues that the majority of people care about.”

Yet not a day goes by without a new pronouncement by Nicola Sturgeon and her ilk diverting blame for their own failures to “Westminster” (which, of course, really means “The English”).

Sadly, opposition leaders have not been able to stop Nationalists taking control. Perhaps they have been distracted by their own issues, but now, more than ever, we need opposition leaders to see what is happening, and fight back effectively, by targeting Nationalism as a toxic ideology.

I often like to compare the situation in Scotland with what life might be like one mile south of the border. If anyone in England said that someone “should leave the country,” due to their politics or ethnicity, they would rightly be seen as a disgusting racist. Yet in Scotland that talk is not only acceptable — it’s policy. It’s time to call it out.

I say to that well-meaning lady who wants to send JK Rowling back home: Do you even realise what you’re saying? Why did you trade social justice for brutish Nationalism? What are you getting out of it? And how much power did you give to the people who stoked the fire?

If you receive death or rape threats, please contact us. If you have suffered abuse from Nationalists online or otherwise, and if abuse has forced you to lose friends or family, please talk to us.

Bullying is never ok. Record every threat, every insult, every aggression, and we can show Scotland and the world: this is what ugly Nationalism does to a country.

If you would like to see more of these commentaries please support The Majority with a monthly donation. For about the same price as a weekly cup of coffee you’ll help us create and promote powerful news and commentaries that will fight back against ugly Nationalism in Scotland. Please donate here…

How many Scots have already left I wonder? It’ll take years to undo the damage and I don’t see it being sorted in my lifetime. I know we have to start somewhere, and TheMajority is that start, but sometimes it feels too big a task.

A great analysis. The best way to deal with bullies is to call them out into the open. Standing up and calling bullies out is the best approach.

It’s time for the majority to stand up for ourselves, because we are letting Nationalists bully us in our own country.

I have been the subject of a Facebook campaign by SNP activists in my village – Hugh Taylor and Cheryl Easton. Taylor set up a page called The Moniaive Troll Hunter and selected parts of my tweets, taken totally out of context. He wrote horrible things about me, calling me a racist, anti Scots, a thief =(because I removed YES stickers from doors and bins and lampposts in our village which is a conservation area). Comments were made that I should be tarred and feathered and forced out of the village. I received DMs from people I didn’t even know,… Read more »

This is completely true. We didn’t have this nonsense 20 years ago. It’s frightening when anyone says you are a traitor or ‘subservient to the English’. It must be called out. 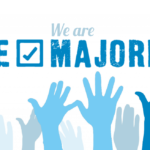 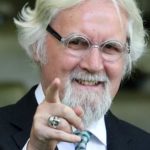