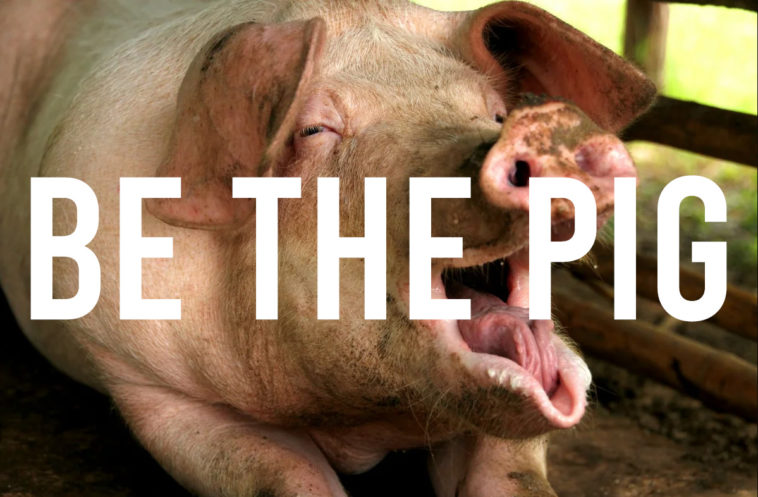 To my fellow anti-Nationalists: With the deepest of respect, you’re doing it wrong.

But has all that discussion done any good? No. Has anyone been converted? No. Has it taken the fight back to them? Rarely. Has a lot of time been wasted. Yes.

How does a fool keep themself busy? By saying that Scotland financially supports England.

How do two fools keep themselves busy? By replying that that’s not true.

One of the main aims of The Majority is to disarm Nationalist slurs and help anti-Nationalists craft better strategies to help fight back against Nationalism. So let’s get a few things straight:

This battle is not about facts or figures but ideology. When Nationalists say that Scotland supports England, that Scotland pays for HS2, that England steals whisky tax, and a litany of other bogus, idiotic, and fraudulent claims, there is little use trying to beat them with ‘balance, nuance and informed reason‘. They simply move the goalposts and get us running around trying to find fact after fact.

We can’t fight back if we’re too busy answering questions.

This is not a library. This is a battle.

An ideological battle and our weapons are psychology and language.

It drives me mad to see people being so defensive. The objective is not to counter our opponents with facts. It’s not about telling them they are factually wrong. It’s about showing them that they are ideologically wrong.

The ideas they have at a core level are, frankly, disgusting. They have divided, slurred and insulted us to gain political power. Our country is riven with bigotry they’ve created. And they need to be called out.

The objective is not to be patient and kind, but to expose their toxic ideology and make them ashamed to even bring it up.

We all know the expression: never wrestle with a pig because both of you will end up covered in shit, but the pig will enjoy it. Right now the Nationalists are getting us on the ground, rolling us in their endless crap and laughing at us.

We need to be the pigs. Get them on the ground and give them a taste of their own filth.

Stop thinking facts alone will work. The basic response to any Nationalist should be to force them to defend their toxic ideology:

Why are you a Nationalist, one of the ugliest ideologies known to man?

Why do you support people who divide us to seek power?

And link their statements to Nationalist traits:

Blaming outsiders? Yup, that’s what Nationalists do. Why do you go along with that?

All of these, and the many variations that we can come up with together, achieve many things:

Nationalists have been doing this to us for years. They called us ‘Unionists’ to divide us (you don’t have to be a ‘Unionist’ to be against Nationalism) and make us defend the flaws of the Union, instead of their flaws.

They call us ‘BritNats’ to falsely project their own toxic Nationalism on to us, even though they’re actual Nationalists.

They called Labour supporters “Red Tories” so much that, rather than be associated with the Tories, many socialists became Nationalists, a toxic ideology that socialists have fought against since time immemorial.

That’s the power of words.

And while we’re busy defending those slurs, they’re avoiding scrutiny.

But when we unite as anti-Nationalists, that can’t be thrown back at us. And when we expose them as Nationalists they cant defend their ugly ideology.

And one final thing: let’s put an end to their smug self-righteousness. Nationalism is not noble, it’s not civic. It’s absolutely not international (the clue is in the name). It’s a despicable ideology that feeds on division. Us, and Them.

Patick Harvie, leader of The Scottish Greens, is just one of many hypocrites who hide their support for anti-English racism behind the cloak of ‘social justice’. He preaches tolerance and rights for black, gay, and transgender people (which is, of course, an important and worthy goal) while gaining power by supporting Nationalists who practice epic bigotry against the English.

We need to call this hypocrisy out, consistently and strongly.

We will never win this fight if we don’t stop being so defensive. We need to start fighting back. Pick a target and throw their smug, ugly Nationalism back at them.

Let’s fight smart, make Nationalism a dirty word in Scotland, and win. Be The Pig.

These are starting points: they can always be improved. Please come to our forum and work with us to create and refine the best responses.

Help us craft even better responses in our forum.

Help us reach our goal

The Majority currently has 5000 Twitter followers, but our message needs to get to many more people. Our aim is to beat The National, which has 100,000 Twitter follwers and 10,000 subscribers. How can you help us get there?

Share our articles widely, talk to your friends, and, if you can, please pledge a monthly donation so that we can take the fight back to their ugly and toxic Nationalism.

More From: How to Fight

very informative,keep up the good work, thank you

I think there is room for a variety of styles when confronting them. Pointing out facts etc might even catch the eye of someone only reading the conversation, not taking part in it; the occasional ‘just fuck off’ certainly helps my blood pressure!

Hard to see why some of your key questions aren’t turned around cancelling each other out and failing to persuade anyone.

Why are you a Nationalist for the UK, one of the ugliest ideologies known to man?

Why do you support people who divide us to seek power?

Blaming insiders? Yup, that’s what anti-nationalists do. Why do you go along with that?

Because none of the main UK parties can be described as Nationalist, except by actual Scottish Nationalists trying to create a false equivalence to hide their own ugly Nationalism.

And in any case, if you don’t like Nationalism so much, why are you one?

Apologies, you might want to look up the definition of nationalism. The Conservative party can definitely be described as UK Nationalist.

For clarification, I am not a Nationalism.

Neither the Conservative Party nor the Labour Party are Nationalists. It just goes to show the lengths actual Nationalsits will go to when they try to slur their opponents like this. It’s frankly absurd.

There is a lot of toxicity to this website. I’m not a Nationalist, I offered a constructive critique and it was dismissed out of hand.

The current UK Conservative party and government is definitely nationalist. Dictionary definition below:

nationalism noun, identification with one’s own nation and support for its interests

I think you maybe need a bit of help on communications.

There are obviously many different forms of nationalism, not all are the same (see here).

However you are saying that you are anti-nationalist, if that is the case then you need to adopt the broad (dictionary definition) of nationalism quoted above. But maybe you are just anti-Scottish-nationalist?

Care to explain that last sentence?

The UK isn’t an ideology but a unitary nation state in which people are free to hold to a multiplicity of ideologies.

Dont forget to give the pig to the current PM first for a good rogering before anything else gets done…..

Exactly. I try telling friends, do not try and disprove SNP claims because they know themselves they are red herrings and misinformation that you spend time and effort into searching for the “evidence please” then when you do shoot down the lie they simply move on to the next lie keeping you tied up disproving their lies. Ignore them and push your OWN better together claims and do not be shy to put your own interpretation on positive statistics of the Union, also pointing out the negatives of all aspects of their cult, MPs, MSPs, quotes, lack of policies, economic… Read more » 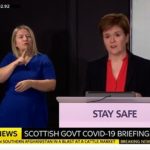