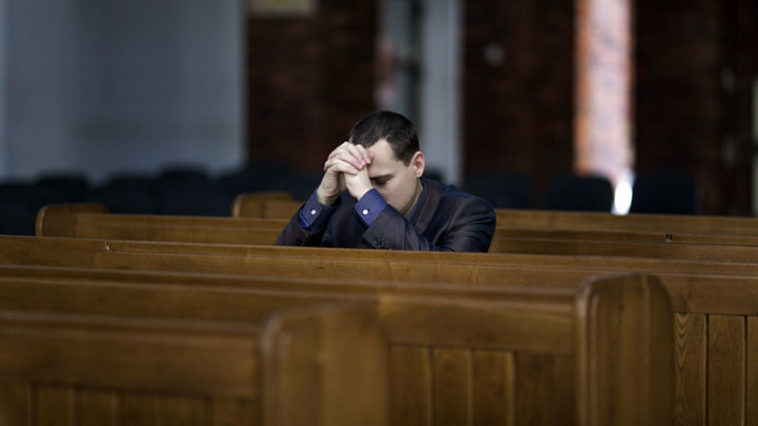 A guest editorial by James Bundy.

In a recent commentary, ‘Ireland’s past is not Scotland’s future’, Damien Scott talks about his upbringing in a mixed Catholic-Protestant home. Damien says he is now an atheist and that as religious belief has dwindled in Scotland, politics has replaced it as an article of faith. In effect, he says politics is Scotland’s new religion.

Before I begin my reasoning, it is important to note that my views are not the views of the Catholic Church as the Church does not take a stance on the constitutional debate occurring in our country currently. Other Catholics can follow Church teaching and believe Scotland is better off as an independent country. The views expressed are thus mine, and mine alone.

In conversation with people who question why I can identify as both a Catholic and a believer in our United Kingdom, they tend to highlight three areas where they believe the UK operates contrary to Catholic social teaching.

The first of these is history, with a strong focus on the British Empire and the treatment towards Catholics throughout British history. Of course, these are both things that I disagree with.

To quote St. Augustine of Hippo, “To make war and to extend the realm by crushing other peoples, is good fortune in the eyes of the wicked”. The expansion of empire for the luxury of earthly power and earthly riches is not a characteristic of good men or good government, thus, the British Empire is not something which I believe Brits should look back on with pride.

The treatment towards Catholics in parts of British history is also something which gives me much discomfort. I find it horrifying that people were persecuted simply because of their faith, such as the martyrs St. Thomas More and St. John Ogilve.

Yet, I look at our United Kingdom today and I can tell we are learning from our history. British identity is no longer symbolised by the Empire, nor is it symbolised with anti-Catholicism. I am pretty vocal about my Catholic faith, and it is only on the rare occasion have I been shouted at for abuse on the grounds of my religion, and on the majority of occasions that people have aimed abuse at me on the grounds of my faith, it has been from a secular angle rather than an anti-Catholic angle.

Just as we have discovered from the debate surrounding statues, history is complicated. Good people do bad things, and some bad people do good things. We have a duty to learn from our past to ensure that atrocities that have occurred are not repeated. From my experience of the UK in the 21st century, Britain is learning, thus allowing me as Catholic to support Scotland’s place in our United Kingdom.

The second area where people have questioned me about my support of the United Kingdom is poverty, arguing that the United Kingdom has one of the highest poverty rates in the world. Whilst I do believe that policy adjustments can be made to ensure a higher level of economic prosperity for those on the lowest incomes, I do not support the conclusion that breaking up one of the world’s largest economies will help address poverty levels. To the contrary, I believe such a decision would make poverty levels worse in Scotland.

Paraphrasing Pope Benedict XVI, Catholics have a duty not to harden their hearts to the pain and sufferings of others. We have a duty to look out for the poor, and in Christian charity, treat everyone the way that we would like to be treated ourselves.

The partnership of our United Kingdom allows us to do this across the island of Great Britain, as well as in Northern Ireland. In the 1980’s, for example, Scotland’s economy was doing well due to the newly developed oil & gas industry, resulting in Scots paying more tax than they received in public spending, as public spending was being directed to places with slower economic activity.

Fast forward to the present day, and Scots receive over £11,000 in public spending per head, compared to being taxed less than £10,000 per head. In other words, due to Scotland’s slower economic activity, it is the dividend of being part of the United Kingdom which is permitting the same wealth to remain in the country.

There can be no doubt, therefore, that Scotland would be a poorer country per head of population if we were to leave the United Kingdom today. Of course, one may argue that Scotland would have been richer per head of population if we left the UK in the 1980’s, but such a policy would result in those in poorer areas of the UK becoming even poorer due to the removal of the union dividend. The answer of making ourselves poorer or making others poorer are not Christian in my eyes.

The third objection that people raise is localism, arguing that the union has resulted in productivity being sucked into the South East of England, leaving Scottish industry behind. I fully support localism as it promotes community, and would endorse any move to increase the power and responsibilities of local councils across Scotland.

The problem we have in Scotland, however, is that we have a Government in Edinburgh soaking up powers from local Government, taking powers away from communities. Making matters worse, the Scottish Government is using these powers ineffectively, stifling innovation, prosperity, and entrepreneurism in the process.

By slowing economic growth and making Scotland the highest tax place in the UK, it is no surprise that industry is leaving to the most prosperous part. This is not the fault of the UK, the UK Government, or businesses themselves. Responsibility lies at the door of the Scottish Government, a party which has controlled our economy for 13 years.

Devolution was introduced to allow localism to flourish, but devolution is not Holyrood sucking up powers from local Government. True devolution is giving back control to local Governments, so people across Scotland are empowered, and local politicians are accountable. Central to localism is delivering the economic conditions to allow local businesses to strive, something the current devolution permits but is not being delivered by the current administration.

One of the most wonderful things about our United Kingdom is the lack of codified constitution, permitting our country to be agile and flexible. Though we are far from perfect, we have a structure where localism and economic growth can be achieved, and through the right education system, we can continue to learn from our past so that we do not repeat our mistakes.

As a Catholic, this makes me confident that remaining an integral part of the United Kingdom is the right path for Scotland.

Scot with an interest in political philosophy and history.

Good article, James. As a Protestant believer in Christ I’m all for the United Kingdom. Theological differences between Protestants and Roman Catholics won’t be resolved on the basis of whether Scotland remains in the United Kingdom or not. They’re resolved through peaceful discussion and conversion. But Scotland, England and Ireland were built on the foundation of Christianity and many Protestants such as John Knox and the Covenanters had the vision to see that union was the best way forward. Along with the separatist tendencies in these Isles we are seeing a complete rejection of our Christian heritage since the middle… Read more »

Thank you for the kind words, Richard. 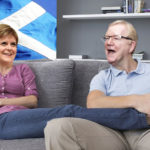 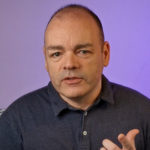