It’s only been a few weeks since George Galloway announced his return to Scottish politics, with the aim of taking on Scottish Nationalists in the 2021 Scottish elections. In that time, he has formed a new party @Alliance4Unity, which has gained over 7400 Twitter followers in a week, and received over 1800 letters from would-be candidates (which he says he is having some difficulty processing).

Today, he appeared live on YouTube and Twitter to discuss his views and his new party, citing three main reasons he opposes Separation.

Galloway frames the issue as a modern-day Battle of Britain, which he reminds viewers, was fought by people from all over the UK, with no care of their hometown or country, while SNP founders were ‘actively intriguing and collaborating with the agents of Hitler.’

And while he clarifies that the current SNP is not fascist, he says it has always been obvious to him that the SNP are ‘small-minded, vindictive rogues, living on grudge’.

In his typical bombastic style, Galloway is scathing of his former socialist colleagues, who, he believes, have traded their principles for shallow Nationalism.

‘I’m just saying what everyone who used to be a Socialist used to say. It is you who has changed, not me…Nobody who called themselves a Socialist would ever support breaking up countries. How would that be in the interests of the workers? Nationalism is the Socialism of fools.’

‘The idea that Separation equals Socialism is the opposite of the truth. Were it to be successful, Scotland becoming a cut-price bargain basement to the remaining English and Welsh economy. It would be a race to the bottom’.

Drawing parallels to his support for Brexit, Galloways says that Separation would result in less independence. Scotland would be ‘a dot’ among powerful members who would dictate financial terms to reduce Scotland’s deficit from 9% to 3%. Noting the case of another small country, Greece, which was forced by the European Central Bank to follow austerity-max financial rules ‘causing Greek children to go hungry’.

Secondly, he scorns the economic arguments for Separation, citing his response to a caller on his talk show.

‘If Scotland were to leave the UK, the Barnett Formula automatically ends. What currency does it intend to use? Some of you may have seen the encounter on the Mother Of All Talk Shows with Paul. In perfect form, it crystallizes the level of economic ignorance of your average Scottish Nationalist. Paul not only believes that the Bank of England…would not only allow a breakaway, Separatist, Scotland, to use its currency, but also that it would allow Scotland to use it for Quantitative Easing!’

‘You may say it’s a shame to pick on wee Paul. Maybe he’s a wee boy, or a finance minister in the Scottish Parliament, for all I know. Is there anyone outside Broadmoor or Carstairs, who really believes that the British would stand by and let their currency be cheapend by allowing somebody in Edinburgh to start printing pounds? This is such economic lunacy. It’s impossibe to believe. But, there are many Scottish Nationalists who do.’

‘Scotland would have no central bank, it would have no currency of its own. It would have no-one to stand behind its currency and debts. And it could only join the Euro by cutting two thirds of its deficit. Meaning absolute destruction of the Scottish economy. Absolute penury. Widepread poverty. Absolute wreckage of the public sector in Scotland’.

#3 There will be a hard border

His third point is that, despite Nationalist claims, Scotland would have ‘the very hardest of borders’ with England, which would cause damage to cross-border trade, tourism, and most fundamentally, to human relations.

‘To the people on either side of that hard border, who have lived without one for 300 years, and have intermarried across this border for centuries. The creation of a border, when over 60% of Scotland’s exports with England, its main trading partner: the damage would be savage.’

‘The overwhelmingly likely outcome would be a bitter disappointment amongst the Scottish people about the consequences about the breakup, about the failure to deliver on the promises that the Separatists make; that Scotland would be some kind of milk and social democratic honey. This would curdle into bitterness, grudge and perhaps worse.’

‘After all, who do you think the SNP would blame? The last people to be blamed would be themselves. The first people to be blamed would be the English. It’s ringing in my ears, as someone crossing that border: The English, the people of Liverpool, Newcastle, Manchester, of Leeds…When I cried over the demise of Jackie Charlton. Am I supposed to regard Jackie Charlton as a foreigner, to me? Are the people of Liverpool foreigners, to me? Are the people of Newcastle foreigners, to me? No. But to the SNP they are foreigners.’

‘That is something I, and I hope, the majority of my fellow Scots will never accept.’

Galloway says his new party will contest list seats and will be the only alternative to one or other forms of Nationalism, whether it is ‘dressed up in the green clothes of its gardening section, The Scottish Green Party, or dressed up in the clothes of breakaway rival Nationalists groups, which may or may not be part of a plot to maximise the Nationalist vote.’

Despite his calls for unity to form a tactical voting alliance with the LibDem, Labour and Conservative parties, he says that there is no sign that the other parties will join him. 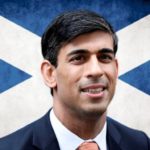 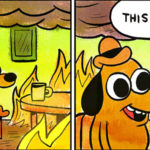