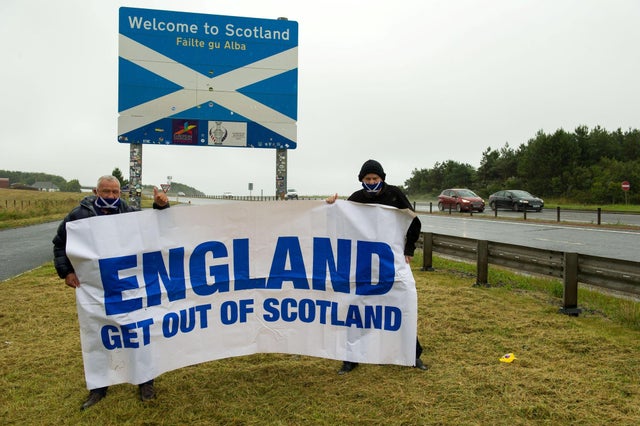 There’s something awry in Scotland. The mood is changing, and nasty bigotry is becoming more mainstream. I love it here, but recently, based purely on the way I sound, I have felt judged and not welcome in the country I call home. And it breaks my heart.

I have lived in Scotland for four years, and before that I worked here for a few months of the year for four years. I represent a mix of nations that is modern Britain. My family history and name are Welsh and I represented Wales at rugby when I was 17.  But I grew up in England, and was lucky enough to get a scholarship and bursary to go to a private school. So I have what some people think is a “posh” English accent.

Recently, whilst picking up some food in an Edinburgh Supermarket I was told “to fuck off and go be English somewhere else”. All for the crime of getting in the way of a bigot who wanted to walk past me in the socially-distanced one-way aisle.

One of my SNP supporting Scottish friends, who was standing next to me at the time did nothing to call the xenophobe out, and later tried to say the incident didn’t happen, claiming he heard something different. So much for solidarity and for challenging hate speech, something that wasn’t lost in his subsequent support for the BLM movement. Square that circle.

Was he embarrassed? Was he in denial being on the “same side” as that hate? Does he actually agree with it? I’ll never know. His silence at the time speaks for itself. He is part of the problem regardless, there is no doubt in my mind.

If someone can hear the sound of my voice and tell me to “go be English somewhere else” then what other assumptions and leaps can that man make about other strangers’ skin colours, genders or sexualities. If you judge others and label them based on the sound of their voice, then surely you’ll judge everyone that doesn’t look like you too.

You might say this is just one anecdotal example, but I have many more. Just as insidious, at a friend’s party on New Year’s Eve I was accused of being a “Posh Tory-supporting, Boris Johnson wannabe, English twat”. Granted, I have blonde hair and sound vaguely like Johnson. However, I am a member of the Scottish Liberal Democrats.

On this occasion, the perpetrator was called out and I received an apology. But, for this educated and drunk (not that those matter), acquaintance at this party, to make THAT abusive, xenophobic, down right wrong leap is not just scary but straight-up nasty Nationalism.

Are the Scots really persecuted by the English? I certainly am not interested in persecuting anyone, and I believe the vast majority of English people aren’t. Most English and British people have a very positive view of Scotland.

Isn’t it also time the silent majority of Scots call this Caledonian xenophobia, or as I call it, Calexenophobia, out and act in solidarity with their British family members?

If Scotland is to become a progressive, social democracy like the SNP keep saying it is, then why don’t we all start to be an ally to the victims of the hate and be aware of the institutionalised state-sanctioned hate that has reared its ugly head in Scotland.

I’m not a Unionist, I’m anti-xenophobic, anti-racist and anti-Nationalist. Shouldn’t we all be?

Stephen Thomas is an Edinburgh-based young entrepreneur and businessman.

In just a few weeks, The Majority has grown to over 6000 social media followers and hundreds of thousands of article views, But we still have a long way to go to beat Nationalist media, like The National newspaper, which pumps out ugly propaganda to over 100,000 followers.

If you can, please pledge a monthly donation so that we can grow and be an even stronger voice agaisnt the ugly Nationalism that has engulfed Scotland. Thank you.

That’s very sad to hear. Is hating the English the acceptable face of racism 😕

Anti-English racism is, like antisemitism, one of the last few remaining socially-acceptable racisms which doesn’t earn you an automatic ban from social media, an automatic expulsion from political parties, automatic social pariah status at gatherings. It’s abysmal. And the SNP practice both – just look at Neale Hanvey MP for example.

Great to see a Lib Dem voice on this platform too. It’s great to have a real cross-section of people across the anti-nationalist majority contributing. All the best of luck Stephen and I hope your business thrives.

I have lived in Edinburgh for almost a decade, first in Leith and now in Muirhouse. I must be honest and say that I have never had any grief from anyone, so I am inclined to wonder if the reaction is to you, rather than where you are from? That said, I am from the centre of the known universe otherwise known as Manchester for short and I have the accent to prove it. A woman serving me at a chippie once asked me what I thought of Edinburgh and I said it was like Manchester with a different accent… Read more »

Ive been here for about a decade too , and despite also having a public school accent have to say I’ve never experienced any direct anti English comments or hate speech. I used to live in Wales and they gace me a load of trouble. All that said I am fully in support of The Majority and am sick and tired of the nationalist propoganda and blaming culture. I can remember the B NP , and what happened to them . Is the S NP going down the same path? 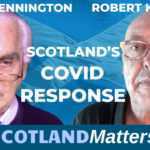 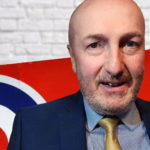