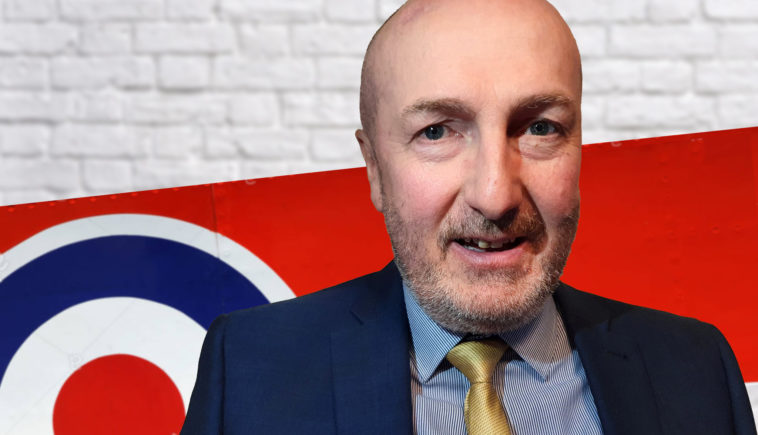 Did you hear the one about the lifelong Rangers fan who spoke to George Galloway and decided to work with him to help redefine the Scottish political landscape?

It’s not a joke, it’s exactly what happened to me two weeks ago.

Until this time, I had never interacted with George Galloway and had never felt any wish to do so. From nowhere, a series of tweets appeared from the former MP, urging pro-UK political parties to form an alliance to defeat the SNP. Intrigued, I contacted Mr Galloway, not expecting a response.

The next day, I received a reply asking me to call him. I did so and was immediately taken by how closely aligned he and I were on the major issue facing Scotland – the fight against Nationalism. He even used phrases which I have used on social media. Thirty minutes later, I had agreed to stand as a candidate for Alliance For Unity.

The UK has a rich history of political alliances. They have typically occurred when political parties have chosen to work together to achieve a shared goal. In Scotland, the need for an alliance has never been more pressing.

Even after 13 years in Opposition, Scotland’s pro-UK parties are wholly unable to land meaningful blows on the woefully inadequate SNP administration. First Minister, Nicola Sturgeon, talks to Scottish Conservative party leader Jackson Carlaw as if he is Boris Johnson’s press secretary, rather than the leader of the Opposition.

Some Conservative MSPs are openly stating they will lose their seats in the Holyrood elections in May 2021. In the last 12 months, two of Scotland’s most talented politicians, Ruth Davidson and Adam Tomkins, have announced they will not stand again. The outlook for Scotland’s pro-UK voters has never looked as bleak.

Fortunately, a viable alternative to the SNP has arrived. The Alliance For Unity is Scotland’s fastest growing political movement. The movement will field list candidates in the 2021 Scottish Parliamentary election and thanks to the proportional representation used in Scottish elections, the movement stands a real chance of winning seats.

Statistics show the wishes of the Scottish electorate are not being represented. In the 2016 Holyrood election, over 1.8m eligible Scots voters did not even vote. In the 2019 UK General Election, 1.6m Scottish voters did not get the MP they voted for. Something new is desperately needed and this is what I believe the Alliance For Unity offers.

The Alliance has already announced candidates in some constituencies. They range from ex-Army officers, legal professionals, farmers and IT consultants to experienced political campaigners. Alliance candidates represent a wide range of political opinions on non-devolved issues but on the crucial issue of Scotland’s UK membership, we are all aligned: Scotland must remain in the UK. There must be no more divisive referendums as we adapt to life post-pandemic. This is the reason I have decided to stand against the SNP.

I have a background in business rather than politics. After graduating aged 22, I spent many years working in IT in the Aviation and Travel sectors before running my own IT consultancy business. A lengthy battle with illness finally ended earlier this year, so I have been seeking a new challenge, and this opportunity has arisen at exactly the right time for me.

If elected to the Scottish Parliament, I will work tirelessly to ensure the Scottish Government focuses on Scotland’s real priorities: education and health care. I have personal experience of the appalling level of care afforded to Scotland’s elderly population and I will ensure this stops.

In addition, I will encourage the Scottish Government to research new treatments for diseases considered incurable, as I have first-hand experience in this field.

I hope to bring genuine passion and determination to bring about much-needed change. Lastly, I will be an outspoken critic of corrosive Nationalism which has damaged the fabric of Scottish life for too long.

Join me. Follow @Alliance4Unity and play your part in the fight against separatism.

David Griffiths is an Alliance for Unity candidate for the West Scotland. Follow him @EruditeUnionist

If you can, please pledge a monthly donation so that we can grow and be an even stronger voice agaisnt the ugly Nationalism that has engulfed Scotland. Thank you.

I am a Glasgow-born IT consultant and property developer, and the lead candidate (West Scotland) and Constitution spokesperson for Alliance For Unity. Follow me @Erudite4Unity

Good article and thanks for your experience David. Alliance for Unity is on the up, its caught on, its the new buzz party, its got balls and its got George too. A voice of honest reason admid the fog of Nationalist lies. Please push on, push forward and keep building. Scotland needs you so very much!

Good to read your thoughts, David. And it is very heartening to hear that there is an emerging party that recognises at this time the greatest danger to Scotland and the UK is the SNP and nationalism. I wish Alliance for Unity every success and hope that it will make a truly positive impact on the Scottish political body which has become very narrow over the past 14 years.

Very best wishes for success in the forthcoming campaign David. I know we can rely on you to be an honest, sincere and robust defender of our Union. We know the Nationalists would have us reduced to a second rate impoverished state within a few years with no safety net. They would soon be disabused of their perpetual belief that everything is free were we independent. Where would Scotland be without the UK at the time of the financial crises or now during a pandemic where Her Majesty’s Treasury bank rolls every aspect of our survival. The furlough scheme and… Read more »

Do we have anything on policy. What if they hold the balance of power

We need to rid Scotland of the toxic Snp 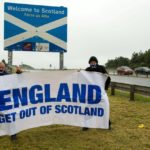 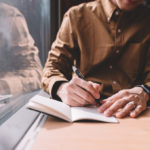