In his weekly broadcast, George Galloway, leader of the fledgling Alliance For Unity Party, covers many of the issues in Scottish politics today. We have transcribed the best parts for you.

A significant Labour figure together with myself, a long-time Labour Member of Parliament, the youngest ever chairman of the Labour Party in Scotland.

Neither am I in it for the wages. Trust me, being in Hollyrood would require a very, very substantial cut in my earnings. Neither am I in it for profile, as a few people insultingly said in the week. I have plenty of profile. I presented a global television radio show last night to almost a million people live, right across the globe. I’m on television seven days a week.

My fellow candidates are not in it for themselves either. We’re there to fight for Scotland as part of the Union, Scotland as part of Britain, sharing the challenges and sharing the benefits that have accrued to our country over more than three centuries. We will never agree that the people of Newcastle or Liverpool or Manchester or Birmingham or the Southwest or South Wales, that these people are somehow foreign to us.

One of the consequences of this ‘neverendum’, this poisonous nationalist discourse which runs through every part of Scottish life now, is that for nationalists, at least in the media echo chamber, guttural feral language substituted for speaking in the proper English for which we were once famous, has become the norm certainly on social media.

I receive sometimes hundreds of hate mail on Twitter and on Facebook and on email even –  really vicious stuff. But leaving aside the viciousness, the most extraordinary thing about it is the low cultural and educational level that it betrays.

Hardly any of the hate mail I get is written in proper English. It’s not even written in proper Scots. It is ill-written, illiterate, vile, foul and I cannot separate that from the degradation of Scottish public life that the SNP is responsible for.

Good news is that the petition we launched demanding the resignation of Nicola Sturgeon as Scotland’s First Minister has now raised past 30,000 signatures, in rapid quick time, and I want to encourage each and every one of you, if you have not already done so, both to sign it yourself, and to actively canvas others for their signature on this.

There has never been a more powerful case for someone’s resignation than there is for the resignation of Nicola Sturgeon. Not only is she presiding over cataclysmic failures right across the policy and administrative spectrum, but even in presiding over her own party, now fighting like ferrets in a sack over parliamentary nominations.

#5 Nepotism in the SNP

The course of nepotism in the SNP  seems to know no bounds. Even Hamza is putting up his now wife for a parliamentary candidate. There’s gravy in the trough and they are all desperately trying to get their snouts into that trough and they don’t care who knows it. They don’t care which colleagues back they have to publicly stab, which rule they have to rig, which national executive committee they have to fix, in order to get this person in or keep that person out. It is a total bun fight at the OK Corral.

Thousands of lives have been lost, and I call it a lie, that Scotland was on the verge of eliminating the coronavirus from our country. It was a lie that Scotland was doing three times, or was it five times better, than other parts of the United Kingdom. This was always false. It was a figure invented, and the truth concealed, just like the Nike conference truth was concealed.

Just like the government’s role in the sending of our grandmothers and our grandfathers to die in the care home carnage, for which the SNP bear absolute responsibility. We know the truth that the authorities in the care homes and in the NHS were acting on ministerial orders –  on Nicola Sturgeon’s government’s orders.

#7 The SNP has let down our young people

On top of the disaster of the care homes, we now have thousands of students who should never have been asked to come back, and who were not tested, not tracked or traced, because that capacity does not exist, despite all the money that has been spent on it. And now some of them are breaking out like inmates of a prison camp, are now incarcerated in little boxes for which they are paying through the nose.

The SNP are now scurrying to deal with the second scandal in a row involving our young people. The first being the complete farce of the exam results. One scandal comes past so fast, followed by another, it’s actually difficult to keep track of them.

#8 Why has Glasgow been treated differently from Aberdeen?

Glasgow was not treated like Aberdeen because the SNP cannot face the wrath of the SNP support in Glasgow turning away from them – tens of thousands of votes in the city of Glasgow, so they gambled it would not get markedly worse, but disastrously worse it has gotten.

It’s one scandal after another: The scandal of Derek Mackay, still picking up thousands of pounds a month for a job he hasn’t done in six months. No sick note, no attendance at work, just trousering the money and doing God knows what. The Jean Freeman scandal, the John Swinney scandal.

Alex Salmond is a far more formidable political adversary than Nicola Sturgeon. She is not of Alex Salmond’s capabilities, his standing in politics, in the country and beyond it. I spent decades in parliament with Alex Salmond. I know his capacity.

I ought to be delighted that his gas is at a very low peep these days, but I (am) indignant to any injustice, and I have taken a very close interest in the attempted lynching of Alex Salmond. I said that Alex Salmond was being set up right from the start and I said that he would be acquitted.

And I say now, that the scandal of the setting up of Alex Salmond is matched only by the utter disgrace of the so-called committee of inquiry. Nicola Sturgeon promised full cooperation with that inquiry, but there has been endless obfuscation and obstruction instead.

Any government in the world would be brought down by a conspiracy of leading figures in the governing party, a conspiracy so brazenly exemplified by Peter Murrell’s WhatsApp messages in the hands of every journalist in Scotland now and in the hands of the police and the Crown Office, (who are) taking their time dealing with it.

The chief executive and the leader and the first minister all in the same bed. That’s quite a double bed! That’s quite a ménage à trois! Of course they don’t talk to each other! Murrell didn’t even know why Alex Salmond’s fat arse was on his sofa in his own house on a Saturday night!

A conspiracy involving leading figures in a governing party to send their former leader and icon to prison for the rest of his life? Boy, that’s a scandal, a drama. But, what’s happening about it? Who’s being held accountable?

#12 Promise to open the books

This is the Mother of All Scandals, and if I’m elected to the Scottish Parliament, I will go through this like a dose of salts. So, don’t bother shredding, because I’ll have the best forensic investigators going through each and every one of your  hard drives. We will open the books at Hollyrood, even the dirty ones. We will get to the bottom of what I firmly believe, is not just a low grade nationalist administration bent on the destruction of our country, bent on destroying something that took 300 years to build. It’s not just a collection of clowns’ incompetence, not fit to go out for a loaf. It’s not just that it’s corruption: It’s potential crime. It’s political, and maybe legal, corruption that we are talking about here. It’s always the cover-up that does them in.

#13 A few words for English liberals

One of the most maddening things about this period is the lionization of this incompetent nationalist, separatist and corrupt administration by liberals and lefties in London and England and elsewhere. Their hatred of Brexit and Boris Johnson is such that they are prepared to assist the destruction and partition of our country, just because they hate Brexit and hate Boris Johnson. It shows the transitory nature of majorities in Westminster. It’s not a good enough reason to partition your country and break it up forever.

I’m still waiting for your endorsement of the turbulent scenes in Belgium today. Take a close look at them. That’s what Nationalism looks like. I’m going to ask you – how come you’re prepared to support Scottish nationalism and you wouldn’t touch Flemish nationalism with a barge pole? 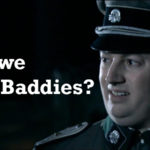 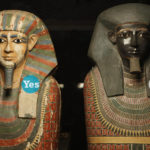