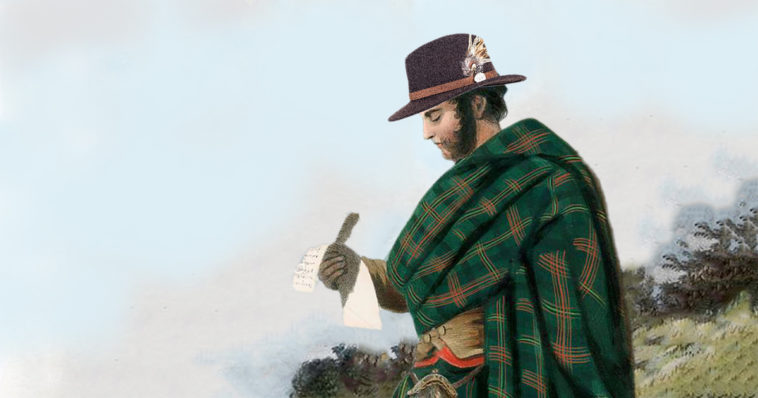 As a gathering of the clans, it was a pretty rum affair. Two hundred and more Galloways stood on the slopes of The Merrick (2766 ft) to select their new chief after the ancient post lay vacant.

The vote, by acclamation, was unanimous. Swathed in plaid, the victor – known hereafter as The Galloway – beamed benevolently in his lizard-green regalia after officials at the Court of Lord Lyon, King at Arms, confirmed his appointment.

“Just call me George,” he joshed, batting away a back-slapping barrage of banter and bonhomie. Originally from Dundee, the red-blooded campaigner has roots in the Scottish borders, now the seat of intense political controversy.

“I never wanted this,” he admits to Hello Magazine, spitting the syllables like tiresome tacks. The new chieftain is on the cusp of leading his ancient patrimony of out of Scotland altogether after the narrowly contested second independence referendum threatens to cut the Scottish Borders off from the rest of the United Kingdom.

“If we’re gonna have an international frontier, then it’s US – the PEOPLE who actually live here – who’ll decide where it goes, not THEM.”

‘Them’ refers to the Scottish National Party and the government up in Edinburgh, currently basking in the afterglow of their independence victory.

But now they’re hooked on their own petard: self-determination. The very beating heart – the ultimate pump-house of their founding principle – has been turned, like a tank turret, against them.

For those in the know, it’s no surprise. The Scottish borders have long displayed a distinct spirit as local historian, Olivia Neil, explains. “We were a province of Northumbria in the 8th century and remained semi-independent until Alexander III invaded in 1249.”

Outside Tesco’s, the press pack buzzes about the chieftain like midges round a wildebeest. George is in his element. “If we win, we’ll be the first clan based outside Scotland since the Viking, Magnus VI, sold off the Hebrides.”

Historically speaking, the clocks won’t just rewind to 1266, but risk a full Dali-esque meltdown if the local self-determination referendum is passed. Like a child torn between divorcing parents, the Scottish borders are set to defy Edinburgh, splitting off to become a crown dependency of the United Kingdom, like its siblings in the Isle of Man or Jersey.

Scotland’s First Minister is not taking it lightly, launching a love-bombing offensive from her ornate 18th century crash pad in Bute House:

“Losing a chunk of my country would be like cutting off the nose on my face,” she admits. But, sadly, if the polls are anything to go by, Scotland’s First Minister may need some emergency surgery on her patriotic proboscis.

Undeterred, she woos the waverers with a smile of beatific purity. “We love you, no matter how you vote,” she intones, leaning intently to camera. “Deep down, I know you know that.”

But will the subtle, subliminal message cut through?

It’s certainly no’ for want of trying. The First Minister’s tiny white fists punch aloft as her ardour rises to a crescendo of upbeat negativity, unleashing a teeth-rattling battle-cry that pierces to the soul: “GO FOR NO!”

Down in Dumfries, George is still handing out YES leaflets at a garden centre with a posse of hereditary bodyguards and attendant praise poet. “He’s really my press secretary, but we gave him a harp and a feather in his bonnet, and now he can sing for his supper.”

Passers-by are charmed. “They say the chief’s an old commie, but he doesn’t half look gorgeous with that dirk and sporran.”

By evening, well-wishers have moved lochside to gather round a crackling bonfire for a rousing chorus of the jaunty clan jig:

As the cheers fade and embers dim, Scexit Scotland sleeps on edge, pondering the lines of Sir Walter Scott, the bardic Borderer who long foresaw:

The war-pipes cease, but loch and hill
Are busy with neverendum still … 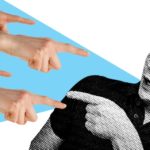 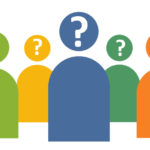