Who remembers all the fanfare and controversy surrounding the Scottish Government Citizens’ Assembly last year? Joanna Cherry and Lesley Riddoch bigging it up and Labour ex-MEP David Martin heading it up, then giving it up (he resigned for “personal” reasons). Less and less about it in the papers till a little noticed announcement two weeks ago saying it would finalise its vision on 10th October.

I looked vainly for the actual report and  finally found an email address for the Citizens’ Assembly and they emailed me a link to it .

Here it is, not quite as epochal as Luther’s Diet of Worms, Vatican 2 or the Declaration of Independence (aye, the American one), but as an example of SNP failed consultative Indy-can kicking initiatives with names like “The Big Conversation” it’s not so much a damp squib as a burst water main of a squib.

Just to set the scene, it was touted by Joanna Cherry as  “the perfect way to advance independence”, no doubt hoping that panellists would be so fuming about Brexit, climate change, Boris, UK repression of Scotland and Trident that the only conclusion would be that, whatever the question, Independence – and oor Joanna as Leader – was the answer.

stating-the-bleedin’-obvious “vision” below, due to the outcry about its true intent and disquiet of Martin and Oliver Escobar, the Senior Lecturer in Public Policy at Edinburgh University, who said Cherry’s view of the Assembly as a vehicle towards Independence made its job “ten times harder” .

Here is the “vision” with my comments in bold.

1) The Scotland we want to see should lead with integrity, honesty, humility and transparency, in a self-sufficient and innovative way, and actively include the people of Scotland in decision making.

Didn’t Nicola say we already had that?

2) Authorities have a duty to publish information that is valid, accurate, reliable, verifiable and accessible to all.

You mean like on the Salmond Enquiry and the ready availability of the “expert advice” driving your Covid strategy?

3) The Scotland that we would want to see would be leaders in innovation, with an obligation to invest in people to create jobs, confidence, development and growth.

Agreed, but isn’t that what Skills Development Scotland, Scottish Enterprise, Scottish Investment Bank, our education system, and the myriad of SNP Quangos are supposed to be doing, funded by our taxes? In fact 15% of it is funded by additional tax money from rUK, so maybe it’s their fault.

4)    Scotland should be a country where the people of Scotland have properly resourced and managed health & social care services, built around individuals and communities to achieve good health and wellbeing for all.

So isn’t that what we have already under devolution, or do we just need more money, or, hang on, do you think we need ‘independence’ first. Don’t be shy, just say it!

5) In order to achieve a better standard of living and opportunities for all we must invest in accessible, relevant training, support and improved income through a realistic living wage.

Agreed, did you discuss how that would be achieved then, and isn’t this the same  as 3) above?

6) Scotland should be a country where all taxes are simplified and made more proportionate so that everyone is taxed accordingly; taxation is transparent and understandable; measures are introduced to minimise tax avoidance: and companies are incentivised to adopt green values.

What does that first sentence mean? Higher taxes starting at a lower income level? Just say it, we can take it!! Can’t we?

7) Scotland should be a country where people are supported out of poverty by identifying and removing barriers to employment, education and housing.

Is that nor a rewrite of 3) and 5)? Education and housing are devolved powers. The SNP has overseen their decline for the past 13 years.

8) Scotland should be a country where the people and government communicate with each other honestly and respectfully; whilst working together with concise and factual information, based on openness and accountability.

Unless you’re round the family dinner table and Humza’s hate police are listening in.

9) The Scotland we want to see will provide support, education, growth opportunities and security for all young people to realise their potential, both physically and mentally, regardless of their background with a view to securing their future and that of our country.

You mean back to the 50’s, 60’s and 70’s, before devolution, when I grew up in a Council house, got a great education and a platform to enable me to realise my potential?

10) Scotland should be a country where we encourage and support everyone to reach their full potential through support and training. Providing fair and equality-driven opportunities, through personal development, with a focus on life and vocational skills, apprenticeships and hands-on experience.

Did you not just say that in 9), 7), 5) and 3)? Are you sure you selected a representative sample by age, demography, political views etc? Sounds like there was a lot of doddery 65+ year olds like me, repeating themselves over and over again.

All this is the most bland political theatre. It’s almost as if they had chopped up all 175,900  words in the SNP’s “Scotland’s Future” 2014 Indyref manifesto and removed the ones referring to the things people actually care about —  “currency”, “independence”, “borders”, debt, CFE, gender, pensions and Brexit — tipped the remaining pile on a big table and left the delegates cherry pick (pun intended) the most blandly agreeable of the rest.

Obviously, this will never be on the BBC or STV Sturge 0’Clock News because it doesn’t advance the case of ‘independence’ one iota, however we can share this glaring waste of money on social media, in the letters pages of the papers, and to our friends, family and colleagues.

The Citizens’ Assemblies are the Scottish Parliament in miniature: an expensive talking shop that produces bland proposals that always seem to push towards separation, while doing nothing to help the issues that people actually care about. Isn’t it time we stopped all this waste? 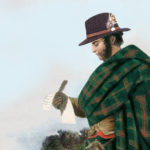 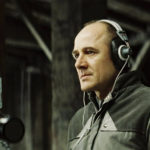