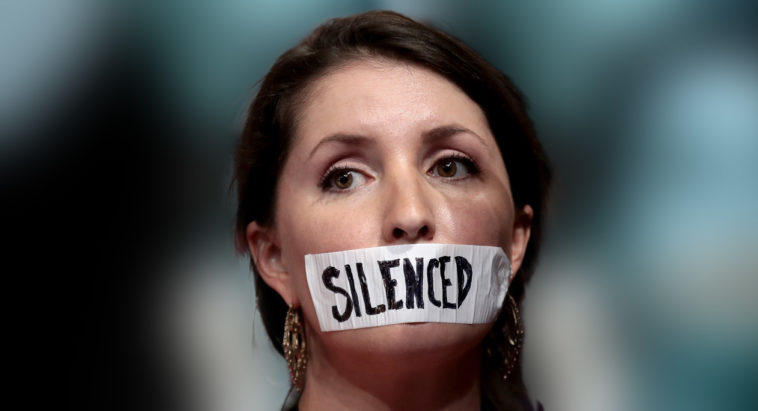 Once thing is certain: the polls were wrong, again. There was no Blue Wave. There was no Biden landslide. Despite being a ‘racist’, Trump increased his vote among Latinos and Blacks.

One would think that the media would know better by now. In 2016, The New York Times’ favourite pollster, Nate Silver, famously predicted that there was only an 8% chance of Trump winning. It was in the bag for Clinton.

We all know how that turned out.

People like polls. Who doesn’t want to know the future? But we also like astrology too. Both sell newspapers.

Do you think that Trump is disliked in America? Sure, if you listen to Democrats and the mostly Democrat-biased media. But that’s like getting an approval rating on Boris Johnson from Jeremy Corbyn. In fact, before this election, Trump had a 95% approval rating among Republicans.

It is particularly difficult to get a grip on Trump’s popularity from the UK. Years of relentless anti-Trump reporting here make it almost impossible to get an unbiased picture. Reporters sent to the US from the UK are almost certainly left leaning and are condescending to Republican politics, and America, in general. They have minimal interaction with Republicans outside their bubble.

By 2016, I had been living in the United States for eight years. Most of my friends were Republicans. Anyone on the ground, or should I say, not locked inside their ivory tower, could see the massive enthusiasm for Trump. I went to a Trump rally: the line to get in was half a mile long and the arena was so packed, in the end, I wasn’t able to get in.

These people were angry about Obamacare — which doubled their health insurance premiums and gave less benefits — and felt that they had been let down by a political establishment that wasn’t speaking out for them, and who appeared to just want to play nice. Does that sound familiar, Mr Leonard and Mr Ross?

Trump, for all his faults, is a brawler. A honey badger who doesn’t give up. His supporters love that he fights for them. He destroyed the other candidates in the Primaries and beat Clinton, the clear favourite, by a good margin.

The Republican establishment was horrified. They became the NeverTrumpers, ever more aggrieved that the uncouth Trump was getting the results that they could not. Even after he delivered three Supreme Court justices and a host of other conservative policies, they are still bitter. Again, sound familiar?

But instead of slinking off in shame, Nate Silver and the pollsters came back again with their skewed projections for this election. According to them, Trump was going to lose, and lose big.  He would lose Texas and Florida.

Trump supporters have been called ‘deplorables’, ‘racists’ and worse. With all that demonisation, is it any surprise that they didn’t want to tell pollsters they would vote for a monster like Trump?

You know where I’m going with this.

Recently there have been a number of polls claiming there is growing support for Scottish ‘independence’. These polls are almost certainly misleading in their content and scope.

My colleague, Allan Sutherland, has noted that many of the questions are based on fantasies: In their August 19th poll, the one that gave ‘independence’ 55% support, Panelbase respondents were asked:

Which of these scenarios would make you more or less likely to vote for Sctottish independence?

No mention of the fantasy economics that would make this possible.

And The National (spit!) had an entire front page that shouted, ‘75% of Scots are ready to vote yes if they believe we’d be better off.’

Sure, promise me a free puppy and I might say I’ll vote for independence too!

All of these pro-indy polls have asked the same question: Should Scotland be an independent country? But respondents are not so favourable when the question is changed to something more realistic.

And there’s the scope: few in today’s Scotland want to take the risk of speaking up against Nationalism and Saint Nicola. If you run a business you’ll be boycotted; on an individual level, you’ll be sneered at and abused. Whatever you do, don’t say you are against Nicola AND like Trump!

Before I started the Majority, I had to think long and hard about the abuse I, and my family, would get for standing up. Isn’t that sad? But that’s the way Nicola Sturgeon, by refusing to heal after the 2014 referendum, has divided us. If you don’t follow her divisive Nationalism you’re branded as a traitor or worse.

Who wants to face that abuse? So most people keep silent and, like those denigrated Republicans, they wait to get their revenge at the ballot box. 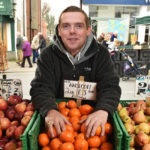 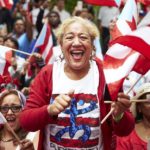