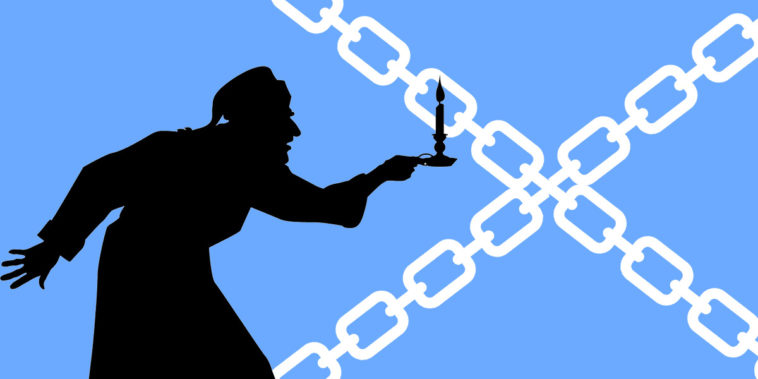 “Bloody humbuggery!” muttered McScrooge as the lights flickered ominously. Rob McCratchit, his so-called ‘special advisor,’ had taken a day off and now – dammit – the Finance Minister had to write his own seasonal message.

‘Happy Scotsmas to one and all …’

Crivvens!! Stuck already. Where the hell was McCratchit when you really needed him? Sighing deeply, McScrooge rested his leaden head against the monitor until his thoughts drifted onto …

McScrooge jerked back to life.

“Fear not,” a gravelly voice intoned, giving his chains a shake. “I am the Ghost of Scotsmas Past, ready to show you the good ol’ days.”

And it was true. There on screen, a thousand cheering faces gazed upwards at his old campaign speech: “… and let us stuff it to the Westminster doom-mongers. Our time is bloody-well-now!”

McScrooge radiated pride. Happy days! A clear enemy – it made all the difference.

“Sweet, eh?” said the Ghost of Scotsmas Past. “All that power – without the pesky responsibility!”

McScrooge eased into a foggy glen of nostalgia till – with an almighty jolt – he was spooked by yet another spook.

“You’ve guessed it!” the motherly voice intoned. “I am the Ghost of Scotsmas Present.”

“If only,” she smiled, tinkling her chains, “but let’s take a peek at how happily things are going now.”

McScrooge licked his lips. This would be good. There on screen, a hunched man scrolled though all his fiscal spreadsheets.

“… and once we receive the IMF loan, it’ll all balance out,” he says to his nodding officials.

“But Minister …” a wavering voice pipes up, “the loan has been t-t-turned down.”

“We t-t-tried to negotiate, but we couldn’t persuade …”

Drenched in his own spittle, the livid minister turns to McCratchit. “T-t-t-t-traitors!” he stutters as his whole body crumples in defeat. “The budget is lost … LOST!!”

A ghostly hand rested on McScrooge’s shoulder as he gaped at the screen: “Independence. It’s what you always wanted.”

“But you said happy.”

“Your dream came true,” replied the ghost. “Power with responsibility.”

“B-but-but …” McScrooge stuttered, “… it’s the Westminster government … they’re up to their old tricks. After Indy, we offered them the hand of friendship, but they cut the funding during the transition discussions and even though we negotiated hard …”

The lights flickered. The ghostly apparition was fading, fainter and fainter until all that was left was “… zzzz …”

“For cryin’ out loud,” McScrooge wailed. “You’re supposed to be scaring me out of my wits and all you can do is snore.”

“HEY!” cried a piccolo voice, piercing through the air.

“Scotsmas Future here,” the teenage voice shrieked, jingling her chains like a rapper. “I’m bringin’ you all that happy time travel stuff.”

“See for yourself, mista.”

And she was right. There on screen, all those cheering faces were back again – thousands of patriots waving the Lion Rampant.

McScrooge almost risked a smile as he turned up the volume to hear their chants.

“They’re chasin’ you out of office,” noted the wee ghost, “right after Orkney and Shetland dumped you.”

“Deal with it, man,” the spooky voice suggested. “You got NO more power … and NO more responsibility.”

Deep in darkness, McScrooge picked up the phone, jabbing at the number. “Bob, where the hell are you?” he barked. “Take ten days off,” McScrooge insisted.

“Who cares?” McScrooge exclaimed. “In the end, it won’t be our responsibility.”

At long last, a smile cracked across McScrooge’s face just in time to dash off his final Scotmas message.

Thankyou for your scotsmas carol….it made me realise,
1. About the past….Ancient Britain and the dark ages before the houses of Parliament.
2. The present…..Global Britain and The Commonwealth
3. The Future and how the separatists are a national security threat over what should be by law ultimate and historic referendum results A. Scottish ref B. European Union ref by UK and international law….For their own safty we can’t let separatists have us like syria, 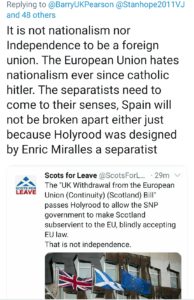 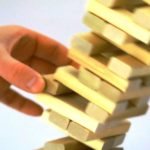 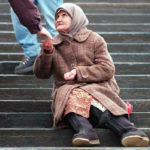