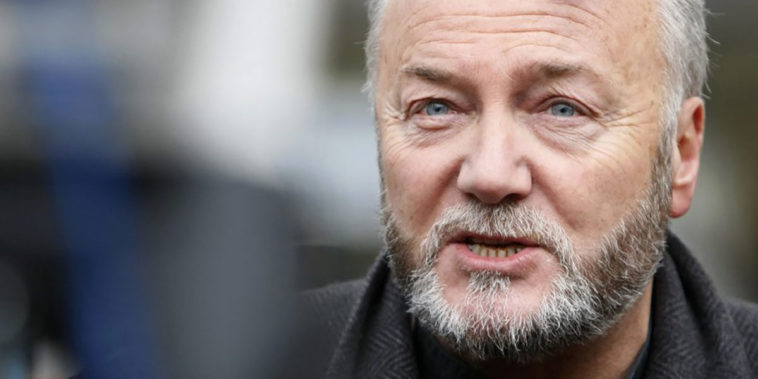 In a livestream broadcast on All for Unity’s (the new name for Alliance for Unity) social media channels, George Galloway doesn’t mince his words when talking about the Sturgeon-Salmond scandal.

Comparing Sturgeon’s government to a banana republic, he starts by talking about the malicious fraud prosecution of administrators over the Rangers bankruptcy by the Crown Office.

£24 million of Scottish taxpayers money is about to be paid out because of a malicious prosecution mounted by the Scottish Law officer. And the man who is going to apologise for it [James Wolffe QC], sits in Nicola Sturgeon’s cabinet.

This concentration of power in Scotland —  of a minority SNP government, a single police force, and with the Lord Advocate sitting in the government — is the hallmark of a banana republic. But even in a banana republic you wouldn’t be burning money at quite the rate the Sturgeon administration is doing.

This figure knocks into a cocked hat the £750,000 or so — and counting — that the government have had to pay for the framing of Alex Salmond.

I’m not shy about putting it that way: The SNP framed their former leader Alex Salmond. Now, I’m against Alex Salmond, as I am against Nicola Sturgeon, though there’s no doubt in my mind that one is considerably more qualified as a political leader than the other.

This attempted assasination is now being unmasked at such a rate that the SNP leadership simply cannot staunch the flow of new information, new evidence, new whistleblowers coming forward all the time.

I myself am in possession of knowledge, which I cannot publicly impart for legal reasons. There are only two safe places to talk about some of these things; one of them is under parliamentary privilege and the other is under courtroom privilege.

There’s another important court case, about to begin, in relation to the Nicola Sturgeon administration, and there, I’m sure, the legal privilege of evidence given in a court of law, will be fully exercised.

As this week was the two sworn affidavits of the Hon. Craig Murray, a former British ambassador, in which, inter alia, he made the most serious accusations of serious criminal behaviour on the part of the leadership of the SNP and the Scottish Government.

And not one square centimeter of any newspaper or any news bulletin on radio or television carried this information, which was fully privileged, could have been quoted safely, absolutely in full. Instead a ‘cross-dressing squirrel’ was released, with Nicola Sturgeon making an oh-so-achingly politically-correct statement about trans people in Scotland.

Now I don’t know how many trans people there are in Scotland. Vanishingly few I expect. Nonetheless, I absolutely oppose any bigotry or discrimination or hatred against any section of the community. But Nicola’s ‘cross-dressing squirrel’ statement was [given] blanket coverage [BBC news, The Guardian] on all news bulletins and in every single newspaper. On the day that they could have reported, even a centimetre, of a former British ambassador’s claim, under legal privilege, in the court in Edinburgh

The Government, a single police force, the Lord Advocate in the cabinet room, a Crown Office maliciously prosecuting people, and a Scottish media, unwilling, except with honourable exceptions, even to report on these matters.

If that is not a cause for alarm, at a time when people are openly discussing using automatic weapons, under the saltire, under the rubric of Scottish Nationalism.

If you’re not alarmed by that, then I don’t know. Maybe my nerves are getting the better of me. I am extremely alarmed that I have brought my family back to live in a country that is being misgoverned like that.

Now Craig Murray’s accusations are easily found on the internet [You can also read The Majority’s extracts here]. I cannot go through them for legal reasons. But the affidavits that he entered into the court are sworn testimony. If they are untrue then he has committed perjury. And if he’s committed perjury, he must be charged with perjury. He has not been charged with perjury and I happen to believe that every word in his affidavits is true. And you will have to look for yourself; and you will have to look for yourself, because you certainly won’t find it anywhere on the Scottish media.

When the next court case of which I speak comes along, that will be standing in the name of a rather more powerful individual than Craig Murray. But I still wouldn’t put money on any coverage in what passes for the Scottish media, when that court case comes along, which is, in any case, imminent.

So we’re living in very dangerous and quite dark times…

Transcribed by Mark Devlin, publisher of The Majority

Please join them by pledging a monthly donation so we can keep doing all that and more. Every donation, big or small, helps. Thank you!

This man has said he’s intending to use a high powered rifle to kill people? 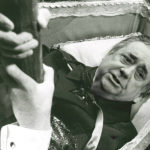 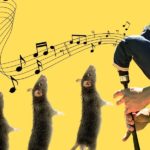