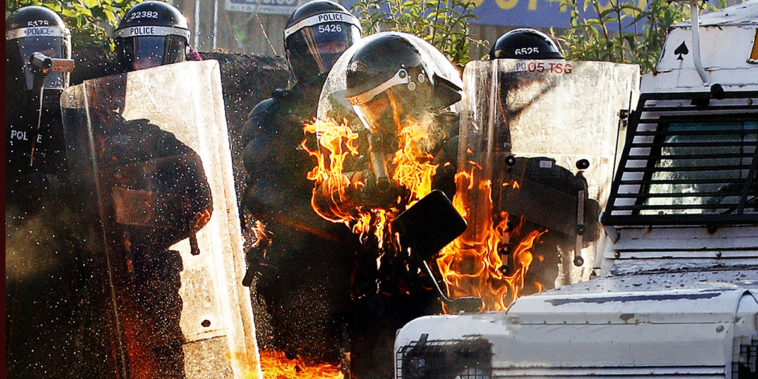 I have spent most of my life as a soldier. I served six tours of duty in Northern Ireland between 1975 and 1995 before retiring as Regimental Sergeant Major in the Black Watch. I have seen a country tear itself apart before and I fear that we, as all who fail to learn from history, may find ourselves repeating it. I know that nowadays marches and large public gatherings seem like a distant memory, but those days will come back and with it, possibly, may come the start of our repeated history.

It is not difficult to imagine what may go wrong. A heated election delayed due to the pandemic and a divided party seeking to unify its support base “one last time”, yet again. A protest is met by a counter protest, a shout met by a slur, a punch met by a bottle, vandalism met by destruction. It doesn’t matter who started it, it never does, but each step is an escalation, a chain reaction made more volatile by months of pent up frustration, anger and sadness. Before too long it all gets out of hand as a woefully underfunded police force, a cohort of provocative politicians and a charged ideological atmosphere combine to unleash a monster that cannot be contained.

Of course, no one wants this, but the road to hell is paved with good intentions and empty promises, two things which we certainly have in surplus in Scotland today. I am not the first to recognise this, and to sense the volatility that is now present in Scotland. Jamie Blackett, the leader of All for Unity, a party I myself am standing for, was a Guards Officer who also served in the Province. All for Unity’s founder George Galloway also had in-depth knowledge of the Troubles from a different viewpoint, as a leading advocate of a united Ireland. We are all on the same side now.

When people who disagree on so much are united on an issue such as this, the alarm bells should not just be ringing, but falling off the wall. The Troubles are over in Northern Ireland thanks to the Good Friday Agreement. But the three of us recognise the signs of a new phase of the Troubles being fomented – a Scottish Troubles. It was a determination to put a stop to this that brought the three of us together in All for Unity.

The SNP regard Sinn Fein as allies. We already have a ready-made sectarian issue in the country, with a few would be “freedom fighters”, posting photographs of a hand holding an Armalite rifle against the Saltire; a variant of an old IRA favourite. Another Walter Mitty character with his deluded band of brothers recently recorded, then posted, their battle plan on social media, which included the use of a high-powered rifle picking off British police officers on the border.

These fools have clearly never known the horrors of what they idealise. These incidents must be taken seriously and investigated.

We now have Joanna Cherry QC MP and Angus McNeill MP advocating the approach taken by the Irish Revolutionary Government in 1919 – 1921, vocally supporting a form of Unilateral Declaration of Independence (UDI).

A formal process leading to the establishment of a new state by a substantial entity which declares itself independent and sovereign without a formal agreement with the state from which it is seceding.

Day after day, we watch Nicola Sturgeon and her supporting cast of neds, refuse or scorn offers of assistance from Westminster to speed up the crucial vaccination process. They avoid using the term “British”, when referring to The British Army. They delete the word “Oxford”, when describing the Oxford-AstraZeneca vaccine. They have encouraged their followers to avoid buying goods that sport the Union Flag.

In my opinion, this anti-British rhetoric is racism. The SNP and notably, Nicola Sturgeon, are stirring up and encouraging hatred towards our partners in the United Kingdom and all things British. Make no mistake – the situation in the present political climate could easily result in civil disorder and violence.

The leadership of the separatists take every opportunity to pour their inflammatory bile onto the fire of nationalism. This is an extremely dangerous practice. It has already caused friction between friends, and even families throughout our land, our Scotland, and could easily lead to catastrophe.

I fear for Scotland and write this as an individual with extensive hands-on experience in hostile environments.

It doesn’t take a great deal of imagination to see where one incident, such as a particular Civil Rights march in Londonderry in the late 60’s, could be replicated on the streets of Glasgow or Dundee.

In the words of Bernadette Devlin:

Derry is a dead city: about one in five of the men is unemployed and the whole feeling is depressed. But it was electric that day. You could see the people’s faces – excitement, or alarm, or anger. Derry was alive.

The rest is now a chapter of our bloody history.

I fear for Scotland. The signs of Ulsterisation are everywhere and it must be stopped. The only sure way of doing that is for all pro-Unity politicians to come together to defeat the SNP in the upcoming election and ensure that the SNP are no longer able to form a government.

Arthur Keith is an All for Unity candidate in North East Scotland. He is Defence and Veterans Spokesman for All for Unity. Follow him on Twitter @ArthurDKeith1.

Arthur Keith was an RSM in The Black Watch and is the Alliance for Unity Defence and Veterans Spokesman. Follow him on Twitter @ArthurDKeith1

Very good article. The SNP area menace to peace as well as to civilised society.
I have just published a film on my channel “Ian Mitchell’s Book Recommendations”, comparing the Scottish militants to the Prussian ones responsible for starting the First World War – at least in the view of the author of the latest biography of Sir Edward Grey. You can see the film here: https://www.youtube.com/watch?v=-QYNgCS_K8Y 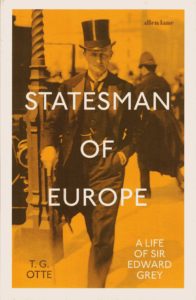 Very good article. The SNP area menace to peace as well as to civilised society.
I have just published a film on my channel “Ian Mitchell’s Book Recommendations”, comparing the Scottish militants to the Prussian ones responsible for starting the First World War – at least in the view of the author of the latest biography of Sir Edward Grey. You can see the film here: https://www.youtube.com/watch?v=-QYNgCS_K8Y

I’ve commented just now but it does not show. Are the messages here censored?
I wanted to draw attention to this video, which makes a similar point to the article though in a very different (and larger) context: 59 – Sir Edward Grey – T.G. Otte (2021) – YouTube
Perhaps it is not of interest….
I’ll look again in an hour or so and see if this has gone too. 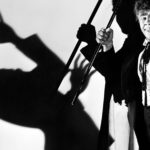 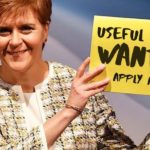