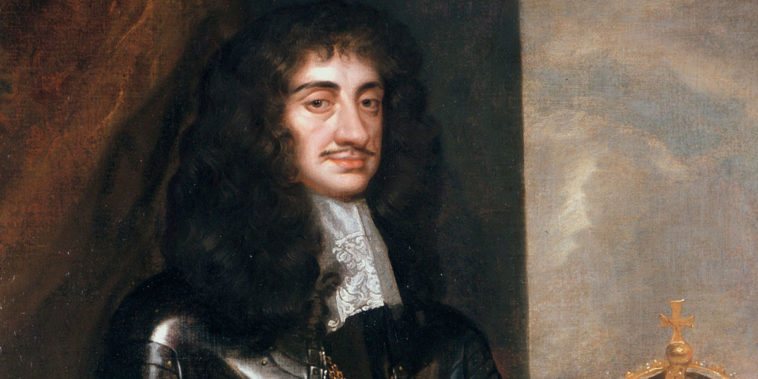 Scotland’s new parliament is revealing itself as a weak institution, incapable of holding the executive to account, and not good at representing the citizen against the state. How does this performance compare with its predecessor, the old Scots parliament?

When the new Scottish parliament first met, on 12 May 1999, Dr Winifred Ewing, the “mother of the house”, opened the proceedings by saying, “The Scottish parliament, adjourned on the 25th day of March, 1707, is hereby reconvened.”

This version of history has entered into history. Nicola Sturgeon, repeated it for the BBC in 2018, saying: “I was there in the chamber, and it was an incredibly emotional moment … to see the woman who had served in the House of Commons as champion of a Scottish Parliament, served in the European Parliament, to come to a third parliament and declare it reconvened in the way she did.”

Sturgeon’s version is fake history, invented for political reasons in order to deceive the Scottish people. The parliament was not “adjourned” in 1707; it was abolished, on its own motion, as was the English parliament. It could therefore not be “reconvened”, as any ex-student of Scots law ought to know. The current Scottish Parliament is, unlike the old Scots Parliament, not a sovereign body. It is a subordinate body to which certain powers have been devolved.

But since nationalists are fond of comparing the two, let’s have a look at what it was really like.

Let’s start by noting that the old parliament was hardly democratic. Even in 1707, there were only 4000 electors in a country with a population of more than a million. Peers sat together with representatives of the boroughs and the shires.

The parliament did not meet regularly and when it did, its affairs were managed by an unelected committee called the Lords of the Articles, which essentially implemented royal business. King Charles II also convened occasional “Councils” that usurped parliament’s role and took decisions more or less by royal fiat.

The parliament was powerless and was almost as ineffective a check on executive arrogance and entitlement as its modern equivalent. It was government by patronage. The Lord Secretary for Scotland, the Duke of Lauderdale, lived in London, where he made sure to keep close to the King. He had started life as a Covenanter, but ended it by persecuting them. He could do this as the only factor in his employment was how well he sat with the King.

The people of Scotland were only politically relevant if they could raise enough armed men to defy royal authority. Unlike England at the time, Scotland had nothing important in the way of a constitution. The King’s freedom of action in England was hedged about with all sorts of conventions and laws, but in Edinburgh, where Charles was also King, his power was close to being absolute.

Scotland had neither Habeas Corpus nor Magna Carta. It did not even have a properly formulated legal system, at least until Sir George Mackenzie of Rosehaugh published the first book on criminal law in 1674 and Viscount Stair the first on civil law in 1681.

Another feature of the later seventeenth century that will sound familiar to any critic of modern Scottish politics was the tremendous amount of bribery and corruption at all levels of public administration, from Lord Lauderdale himself to Sir Andrew Ramsay, who was the first Lord Provost of Edinburgh, and also a member of the parliament.

Ramsay had been elected ten times by the small clique of burgesses which controlled the capital. He raised £10,000 for Lauderdale publicly and found votes for him in parliament. In return, Lauderdale organised a private annuity of £200 for Ramsey. After Ramsey bought the Bass Rock for £400, Lauderdale arranged for the government to buy it from him for £4000, and the graft continued until Ramsey’s retirement. Nice work if you can get it. Sir George Mackenzie commented, “They were kind to one another upon His Majesty’s expenses.”

The application of law was as deficient as the making of it. Unlike in England, there were few civil rights, and “precautionary imprisonment” was not unknown. Judicial torture, used in serious cases, was not formally abolished until shortly after the Union in 1707. Witches were burned or drowned, and others were hung up by their heels or had candles burnt in their mouths. Right up to the end of the eighteenth century it was easy to enslave ordinary people if they could be described as unemployed.

The government had no forces with which to enforce the little law and order there was. There was no police force of any sort, no significant body of troops in the Kingdom and only a small, ill-armed and ill-disciplined militia.  In 1678, when the Covenanters assembled up to 10,000 armed and mounted men, the only way to restore order was to call out the Highland Host.

Gaelic-speaking, claymore wielding clansmen came from the North West, descending on Lanarkshire, Ayrshire, Dumfriesshire and Galloway, looting, pilfering and quartering in the homes of the lowlanders, who were disarmed, their horses confiscated, and rendered helpless and vulnerable to the occupation force.

We suffer today, not from the Highland Host, but from something almost as bad – namely the Central Belt Host.

The old Scottish parliament never was, nor ever should be, a model for any modern one. Indeed, it should be a warning. Jobs for the boys, no opposition to the government, decisions taken behind closed doors, money wasted. Not to mention an untouchable monarch in the form of Nicola Sturgeon.

The only way to avoid more of this is to turn the government out in May. Only then can we hope for another Glorious Revolution in Scotland, which might put the country once again in the hands of sensible, honest and decent individuals who have the interest of the community as a whole at heart.

Ian Mitchell is the author of “THE JUSTICE FACTORY: Can the Rule of Law Survive in 21st Century Scotland?

Great article. When Scotland looks back to the roots of the democracy we enjoy now it will not be able to look beyond 1707. I also believe that Scotland held on to the Divine Right of Kings after England had moved on from this restrictive concept. 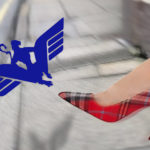