Famed polling guru, John Curtice, tells us Scotland is “split down the middle” on the constitutional question. When the undecideds are excluded, the polling for either side is within the margin of error of each other (about 3% in a poll of 1000 people). This is essentially where we were right before the vote in 2014, when the vast majority of undecided voters voted to remain part of the United Kingdom.

It is my firm belief that if a poll were to be held tomorrow, we would see very similar results to what we saw in 2014, especially as the SNP and their allies have not provided any satisfactory answers to the fundamental issues of  currency, hard border, and Europe that saw them lose last time. The SNP know these issues won’t bear much scrutiny. Even within their camp, few want to blow their final shot on another vote within the next few years.

A free months ago, the highest polling, with undecideds excluded, indicated 55% of respondents wanted Scotland to break away from the UK; this was a product of multiple factors such as a perception of competence by Nicola Sturgeon; a looming no-deal Brexit; and an unpopular government in London led by bumbling Boris Johnson. The SNP were banking on a further exacerbation of those factors leading them to an ultimate victory. But that’s no longer the case.

Firstly, the unfounded perception of Nicola Sturgeon’s competence and the SNP has been holed below the waterline. The deaths in care homes, the slow initial vaccine rollout, mass testing issues and the failure to distribute relief funds have taken their toll on her reputation. There’s a lingering bad taste from shoddy and secretive performances at the Holyrood Inquiry. As Sturgeon’s cult of personality wanes, the SNP’s record in government is now under increasing scrutiny.

It’s plain for all to see that after 14 years of the nationalists in power, we are high on all the lists you should be low on and low on all the lists you should be high on. Only this week, the SNP failed to meet their “sacred duty” of closing the attainment gap in education, not to mention housing, poverty, drug misuse, the environment etc. The shine has worn off the Teflon coating.

Add to that a shark, in the form of Alex Salmond, coming in the hole: bringing an ever-more vicious civil war within the nationalist camp. But even this is only one element of a larger picture that shows their perilous polling position.

The biggest of these is that the SNP can no longer get any mileage out of Brexit, which the public have largely forgotten about. The SNP had bet against Brexit, but the chaos they had hoped for never came to pass.

For most voters it’s difficult to see the direct impact of the transition period. Bulk buying before the transition, panic buying at the start of the new lockdown, reduced continental and global demand for exported goods, border closures by France and massively decreased global travel and trade have all combined to obscure Brexit’s impact.

Meanwhile, the global pandemic has pushed Brexit off the stage. It was lockdown, not Brexit that saw panic buying and fights for toilet paper. Most Brexit supply issues were dealt with a lot faster than expected, and as a result, the transition period was mostly uneventful. Uneventful is not a good word for those who live by grievance.

Combined with the embarrassing actions of the EU over the last few months regarding vaccine supply, Brexit did not deliver the killer blow to the Union that the SNP had hoped for. In fact, since the vaccine rollout, increasing numbers of people are having second thoughts about the EU altogether.

When Boris Johnson and his government could get nothing right, it drove up support for secession. But, like him or loathe him, that is no longer the case. The vaccine rollout and the EU’s actions have bolstered the UK Government and Boris’ standing, and the gradual easing of the lockdown in England is increasing his support.

In our headline-news driven era, old news is quickly forgotten. Now Boris Johnson is riding high on achievement. Promises of twice-weekly free COVID tests have many people here in Scotland envious, while the SNP-led Scotttish government continues to fall behind on testing and sees larger outbreaks of COVID compared to other parts of the UK.

I believe that many in the SNP were secretly hoping for a total failure of the vaccine rollout to create twisted political mileage, regardless of the lives it would have cost. Can you imagine the outrage that would have occurred had the UK and the EU been in reversed positions?

The SNP’s Lords of Chaos have lost their bets. They wanted disaster, but it didn’t come. Now they are exposed as chancers and are losing support. As the election campaign and their civil war progress, there will be further losses as the party and its leadership are increasingly seen as damaged goods.

They are far more fragile than they would want you to believe.

Help us do more… 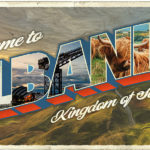 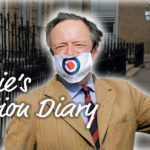