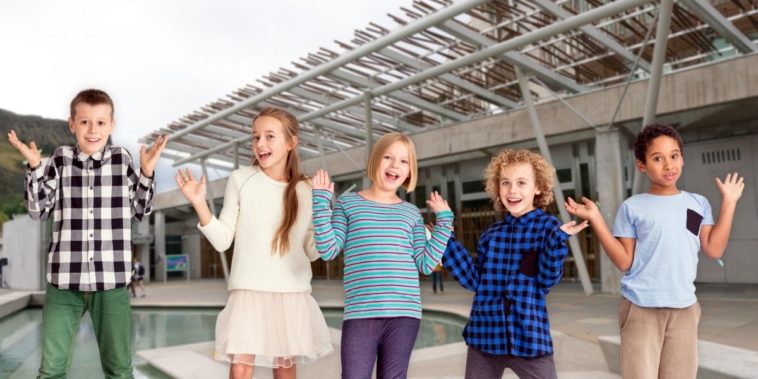 What could go wrong?

So the SNP is intending to “extend the right to stand for election to sixteen year olds.” Who knew? I had assumed that they already were but maybe Ross Greer, the wokier-than-thou Scottish Green MSP only identifies as sixteen.

It is, I am forced to admit, a brilliant strategy. At a stroke ‘gammons’ and ‘boomers’ like me will be focused on this latest provocation rather than asking how the Scottish ‘government’ could possibly have committed around £240,000,000  in the shipyards and still have no ferries; or where the allegedly missing £660,000 from the SNP’s ‘indy fund’ is; or how it is that Nicola Sturgeon’s publisher allegedly received over £295,000 of public money prior to the publication of her ‘inspirational’ selected speeches Women Hold up Half the Sky (a title borrowed from Chairman Mao); or what has happened to the £5bn Covid support money destined for Scottish businesses that Audit Scotland think is unaccounted for?

And our fulminations will delight the ‘cybernats’ who will tweet “Yoose raging aboot this? Away back to lick Johnson’s boots, Quisling!” And the illiterate ones will post hysterical memes and emojis that communicate derision and disdain.

It is, when you analyse it, very clever politics. Aside from the obvious point about ‘diversity’ – half-educated people with partially-formed opinions will now have their very own tribunes – it will provide the separatist movement with far more effective politicians. Signing up to stand for the SNP involves a self-denying ordinance that forbids any criticism of the party or its policies (I am not making any of this up). And especially not of the Dear Leader. In fact they have to agree to be on the roster of ‘clapping seals’ sitting behind the Great Helmswoman in the Holyrood chamber applauding her every utterance. (Ok I embellished that last sentence a wee bit).

And it also means swallowing several Big Lies so that they can be regurgitated at will; chiefly that Scotland is a subjugated nation that subsidises the rest of the United Kingdom – despite what those inconvenient GERS figures say – and would swiftly rise to be a wurruld leading economy if we could only escape the ‘BritNat’ jackboot and shimmy seamlessly under the EU one.

There would now be a pathway for young people to progress from the Young Scots for Independence, the Youth Wing of the SNP (look it up, it’s a sort of Sturgeonjugend) into mainstream politics without the messy business of university or work experience – which might risk dangerously awakening their critical faculties. There is only room for one chief in the SNP, what they really need is indy-ans of unimpeachable credulity and obeisance.

Nor can anyone criticise the policy for a lack of coherence. It is entirely consistent with the SNP’s big idea about treating children as adults. It follows their move to make fourteen year-olds feel grown up by asking them in a recent survey of all schoolchildren how often they have anal sex. And their determination to encourage primary school children to question their own gender. And the Party’s so far unrequited desire to empower children by loosening the influence of parents, who may be incorrect and even heretical in their political views, and bestowing on them instead a state guardian who can guide them through their impressionable years.

And of course, it is craftily coherent with their goal of ensuring that sixteen year-olds can have a vote in any Scexit referendum, as they did in the last one, while still burning with nationalist fervour from the Scottish education system’s ‘curriculum for indumbpendence’. It would make it so much harder for the Electoral Commission – the opaque, unelected cabal of quangocrats who apparently have constitutional power over even the Queen in Parliament when it comes to deciding these things (bizarre that) – if or when they ever have to rule on the rules for another Scexit referendum. That, of course, is what this is all about, not some burning desire to empower teenagers.

No, whichever way you look at it, you can’t fault the SNP’s logic. It’s up to the Scottish Tories (if they haven’t all resigned over Partygate) now to avoid the 16-year-old trap and to come up with some cleverer policies before the council elections next month.

Oh, but wait, they appear to be supporting it.

Jamie Blackett is a farmer and political commentator, based in south Scotland. His book, Land of Milk and Honey: Digressions of a Rural Dissident, will be published in the summer.

The Majority’s Youth Outreach Fund is the only initiative in Scotland to counter Nationalist youth indoctrination and support co-operation and friendship among young people across the UK. We are already helping to promote several university groups, and feel confident we can break the grip of nationalists on young people, but we need your help to expand the program. Please donate now…

CLICK HERE TO DONATE TO OUR YOUTH OUTREACH FUND 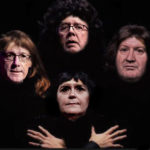 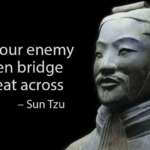