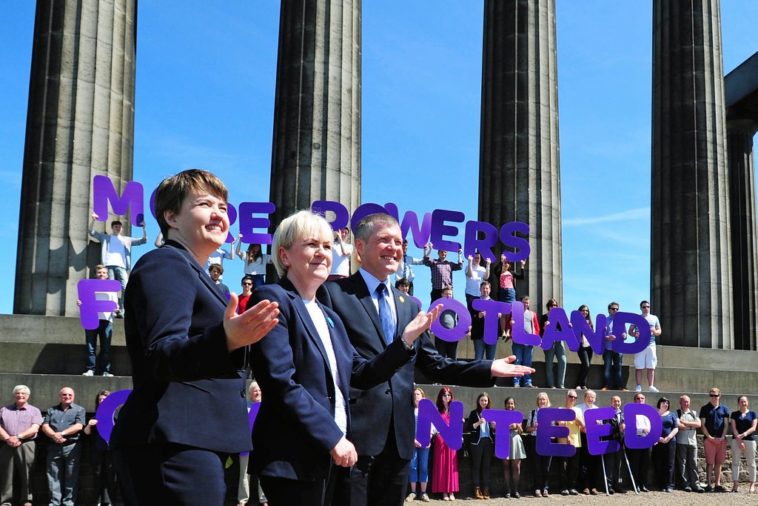 This article was submitted by Damien Scott of Scottish Opposition Forum. If you would like to write for The Majority, please contact mark@themajority.scot.

The Scottish Conservative and Unionist Party under Ruth Davidson’s leadership in terms of Scotland-only contested seats reached their high watermark in May 2016. The party won 32 seats in the Scottish Parliament election, up an impressive 19 seats on 2011, pushing Scottish Labour into a humiliating third place and denying the SNP an overall majority. Davidson’s charges followed this up with their best General Election result in three decades in the 2017 General Election, those 13 MPs keeping Theresa May clinging to power in Downing Street.

Growing up in a household who were staunchly for Labour (or anti-Tory), 2016 was the first time I had voted blue, and the Scottish election of May 2016 was the culmination of 18 months of political change following the divisive independence referendum. Given the swing from Labour to the Conservatives, I wasn’t the only one who had become disillusioned with Labour following the 2014 poll. Jim Murphy was duly elected Labour leader following Johann Lamont’s resignation (more on her later), but you could tell very early on in his tenure that the party were going to suffer at the hands of ‘Yes’ voters, angry at being denied their way in a democratic vote on an 85% turnout. I felt instead of firing up their pro-UK base, Murphy’s Labour were trying to claw back voters from Glasgow and Dundee who had already ‘left Labour because Labour left me’.

With Murphy gone from frontline politics after Labour lost 40 out of 41 Scottish seats, and Jeremy Corbyn now UK leader, who was extremely weak on keeping the UK together, it was on Kezia Dugdale’s shoulders to set out Labour’s pitch for the years ahead. On Sunday, 20th September 2015, in an interview with Gordon Brewer on Sunday Politics Scotland, she ensured my vote would be going Tory for the first time:

Yes. Many Labour members, in fact almost 30% of Labour party supporters, voted Yes. We know that now from all the evidence and I respect that.

I’m not going to shut down my party’s renewal and debate in my party because people hold a different position on independence.

If somebody holds that view on the question of independence, I’m not going to try to shut down the debate.

Dugdale’s stance, in my mind, meant that Labour were not going to be rock solid on keeping the UK together. Their commitment to the UK has been in question ever since, with some MSPs following Labour’s disastrous 2019 General Election even insisting Holyrood should have the powers to hold an independence referendum at any time.

Enter Davidson and the Scottish Conservatives, back from the dead after being wiped out in the 1997 General Election. ‘Team Ruth’ gave optimism to those who staunchly oppose separation, and with Labour weakened, thousands of us decided to take a look at the Tories for the first time. Their pitch was to be a ‘strong opposition’ to the SNP, who were to remain the largest party due to their block pro-separation vote. They would oppose a second independence referendum, and their policy platform had a more centrist feel which reflected the party’s own identity since the advent of devolution. Even policies which would be considered more of the right could be given a pass by those further to the left of myself, because no matter who we were, we, the new voters would be voting Conservative and Unionist to oppose Sturgeon above everything else.

My job around the time of Davidson’s rise in Scotland took me all over England, and colleagues who were active Tory members would talk about how good Ruth was, how well she came across. I would heartily agree, but some of the gloss of that initial victory came off once the Brexit debate came into view. Instead of being hopeful about her chances come the Holyrood election in 2021, Ruth Davidson had flung herself head first into the Brexit war. Because of her profile and the respect she had deservedly garnered across the UK, her remaining time as Scottish Tory leader was viewed through a blue and yellow starred lens rather than a red, white and blue one. At odds with Boris Johnson, and after taking time out to give birth to a boy and re-evaluate her priorities, her resignation in August 2019 wasn’t truly a shock.

It’s worth pointing out that Davidson, although her resignation was smartly managed, citing “much had changed” both personally and politically, left her post in pretty much in the same manner as Johann Lamont did. Lamont, who led Labour through the landscape changing independence referendum, resigned in October 2014, citing that UK Labour treated the Scottish wing of the party “like a branch office”:

I firmly believe that Scotland’s place is in the UK and I do not believe in powers for power’s sake.

For example, I think power should be devolved from Holyrood to communities.

But colleagues need to realise that the focus of Scottish politics is now Holyrood, not Westminster.

Add Kezia Dugdale’s exit as Labour leader (and from frontline politics altogether) to Davidson and Lamont’s resignations – then three leaders have resigned from the two main Holyrood opposition parties since 2014, and largely over disputes with their respective Westminster groups.

I believe Labour won’t lead a Holyrood administration for a generation at least. Yet in 2016, a party who have no chance of forming a government going up against the incumbent party who can rely on a block vote, received 514,000 constituency votes and 435,000 regional list votes. Eleven months out from the next Holyrood election, this number will no doubt drop again as Labour have been posted entirely missing since Richard Leonard took control of the Scottish leadership (special mention for Ian Murray who has done an excellent job of holding the Scottish and UK Governments to account over Covid-19 since returning to the Labour front bench under Keir Starmer). So, a vote for Labour in 2021 will be a wasted vote until they can demonstrate across the party the same vigour and resolve as Murray, who is very reminiscent of some of the old Scottish Labour ‘big beasts’.

Likewise, the Conservatives, despite the personality of Ruth Davidson in 2016, will always hit a ceiling in Scotland. Hatred of Margaret Thatcher has successfully been passed down the generations, despite the Iron Lady vacating Downing Street almost 30 years ago. ‘Tory’ is a bad word among Scots, and there will be a sizeable portion of the electorate who will never vote for them, even if they staunchly oppose separation, and even if it brings about the end of the UK by accident.

It’s not just the vote share that matters to the majority. In recent weeks and months, it has become very noticeable that opposition politicians in Holyrood have been weak in their opposition to a party who are as out of control as ever. Jackson Carlaw’s leadership is already under the microscope from members and the wider public, even though he swept to victory in the 2020 leadership election. His style is nowhere near as effective as Davidson, who was always going to be a hard act to follow. But it is also the case that Carlaw and countless others in opposition are now part of the furniture, and without a challenge to the opposition status quo, their careers are secure no matter the chaos that a separatist, national socialist party in power creates.

The Scottish Conservatives like to refer to the administration of 2007–2011 where they were kingmakers when Alex Salmond’s SNP needed help to pass the Scottish budget. This is still the best achievement of their 21 years in opposition since the devolution era began. They will forever be an opposition party due to their limited appeal. And with all three major opposition parties looking so weak, I would have little to no confidence in them leading a future campaign to keep the UK together if that day comes – if Labour had to do a deal with the Nationalists to be handed the keys to Downing Street, for example.

Step forward the Scottish Opposition Forum. I have founded the Forum with the key aim of bringing together views from across the natural voting majority in Scotland who oppose the breakup of the UK. My own personal view is that we need a new party free of Lib-Lab-Con influence and baggage, bringing in people from outside politics who have real life experience, and who will stand as a true alternative to a Holyrood set who are far too comfortable.

In a proportional representation system, new parties can flourish easier than under the difficult first past the post (8 parties won seats in the 2020 Irish General Election). There has been much concern over the pro UK vote being further split, but it is being split at present with ineffective parties and politicians who cannot garner the trust of the majority of Scots.

We need to build a majority that will end Nationalist rule that is now into a depressing fourteenth year, producing a manifesto fit for 21st century Scotland, capturing the imagination of voters and reversing the damage done to education, health, justice, local government and our emergency services.

Otherwise, we will continue to truck along in opposition, and the future of our country could again be in danger before long.

If you are interested in further discussion around the Scottish Opposition Forum’s work or to get actively involved – you can currently get in touch via direct message on Twitter @OppScot. Website launching shortly.

In less than a year there’s going to be a Scottish election, and there is no doubt that Nationalists will use it to sow further division and continue to agitate for a disastrous referendum. You can help us stop them.

We need to build our resources now and get more of these articles out. If you like what you read here, please drop us a monthly donation so that we can fight back against their ugly Nationalism.

I think we’ve all realised that this is the case. The opposition here have become too comfy in their well-paid seats at Holyrood – the Greens being the biggest sinners in that respect, happy to politically prostitute themselves for whatever bones the SNP are willing to throw them. The Separatists have another advantage in that all of their followers have one party to vote for. At the moment, any pro-Union vote is split – though increasingly I feel I’d rather not vote than vote for any of the insipid ‘opposition’ parties. Perhaps it’s time for those parties to go the… Read more » 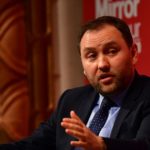 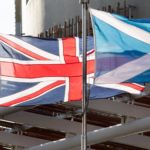