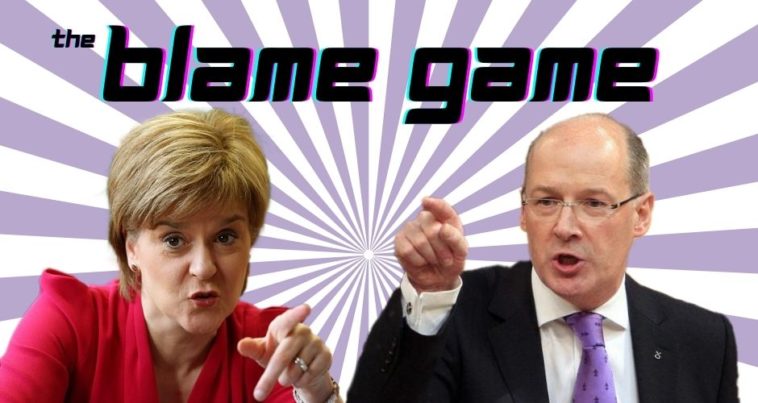 The heart-breaking stories flooding social media yesterday, demonstrated a scandalous truth: that the life chances of many Scottish children are doomed, regardless of individual effort and ability. They evaporated the illusion of free will, the idea that through grit and determination you can transcend the disadvantages of multiple deprivation and poor schooling.

The outcry has been predictable, from individual pupils and parents, politicians on all sides, and educationalists. The latter group warned months ago that the SQA moderation process was dodgy. Unlike the equivalent examining body in England, the SQA was allowed to hide its methodology from scrutiny, despite suggesting to the Scottish parliament that they would explain their methods and discuss adjustments with teachers.

They only released their statistical modelling yesterday, two hours after students received their awards. It has already been dismantled, by experts in the field, for being unable to reflect individual pupils’ differences. There has been verifiable incompetence at the SQA and a lack of proper political accountability – and the responsibility lies first with John Swinney, Education Secretary, and ultimately, with his boss, Nicola Sturgeon.

Moreover, yesterday’s events betrayed the SNP’s utter complacency about this reality. Lockdown has significantly increased educational inequality and this gap will only make itself more keenly felt. Study after study has shown that children in poorer households did much less school work over the last five months than children from better-off homes. Instead of doing all he can to mitigate the harm done to poorer children by the pandemic, Swinney has behaved as if it is inevitable. He couldn’t even ensure that the iPads he’d promised schools were delivered to children during lockdown.

The cancellation of exams was always going to pose an issue, as was the disproportionate impact cancelling would have on the results of disadvantaged young people. Clearly, however, this wasn’t uppermost in the Education Minister’s mind, or he would not have allowed the SQA to fudge and hide.

Instead of using actual exam results, the SQA has decided grades for students by ‘moderating’ estimated grades and pupil rankings produced by teachers. However, moderation did not affect schools equally. The pass rate of pupils in the poorest areas fell by 15.2%, compared to 6.9% for pupils from the most affluent areas. In other words, a pupil was much more likely to have their estimated grade reduced if they went to a school in a deprived area.

Nicola Sturgeon blamed poor pupils’ excessive grade correction on teachers for inflating their grades in the first place, a move reminiscent of blaming GPs for accepting and keeping Covid patients in care homes, rather than hospitals, despite government policy telling them to do so. If disproportionate grade inflation did occur, it raises huge questions about teachers and teaching in deprived areas, questions which are surely critical for any minister serious about raising attainment in these schools.

Swinney valiantly tried to spin the good news yesterday, namely that there was a 2.9% increase in performance results. Overall, grades trended upwards, as they have for a number of years. Yet this too begs questions. How could performance be higher, when pupils have missed so much school? Did it have no effect? If the route to improved attainment is to keep exam-bound children out of school from March onwards, perhaps Mr Swinney should make it a permanent feature of the school year. It’s much simpler and cheaper than in-person teaching.

The consolation prize of free appeals may raise some students’ grades, but it will not make up for personal disappointments and lost opportunities. When schools go back, teachers will doubtless relish administering a ten-fold increase in appeals as they deal with continuing Covid measures and the impacts of months of lost schooling. Even if appeals are successful – and what happens then to the credibility of the overall pass rate? – it will be too late for students who have missed out on university places. Many parents and pupils will look enviously at the opportunity of autumn exam resits in England; Swinney has refused to introduce them in Scotland.

More importantly, appeals will do nothing to restore confidence in the SQA or Scottish education in general. Already the SNP has a track record of fighting shy when it comes to having schools inspected, or pupils assessed against international benchmarks, lest the results are less than glowing. This year’s SQA debacle is of a different order of magnitude altogether. It has brought home to thousands of families that all-important school leaving qualifications, sources of the greatest anxiety, striving and pride in many young people’s lives, cannot be trusted as a fair and accurate reflection of their performance.

Morale among Scottish educationalists, already at rock bottom, will sink further still. There will be ripple effects across the entire economy, as universities and employers struggle to distinguish between candidates. No doubt some will feel they are safer relying on candidates with non-Scottish qualifications.

Linda Holt is the Education spokesperson for Alliance For Unity. She is currently Fife's only independent councillor and will be standing for Fife & Central Scotland list for Holyrood 2021.

Perhaps only because I am a statistical pedant……but the reduction in the more disadvantaged pupils results is actually statistically slightly worse than the regularly quoted figure. Teachers estimates in the “lowest” band have been reduced by 17.9% from the estimate they gave and by 7.5% in the “higher” band. In excess of 10% difference in what they believed from the teachers in the two areas.

Think we need to restart our education system a cross party education bill should b put in place .we are at a time this could be done ,due to all that has been done to our schooling over the last 10 YEARS it’s now so bad it can’t go on so let’s make a system that accommodates all our kids and bring our schools into the future by teaching ..IT SKILLS ..LANGUAGES…APPRENTISHIPS ..IN ALL TRADES AND TO ASSIST OUR PRODIGYS TO HIGHER SKILLS AND ACHEAVMENTS. I just wish all kids get the schooling they will need for the future .stop… Read more » 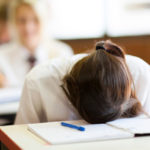 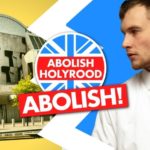