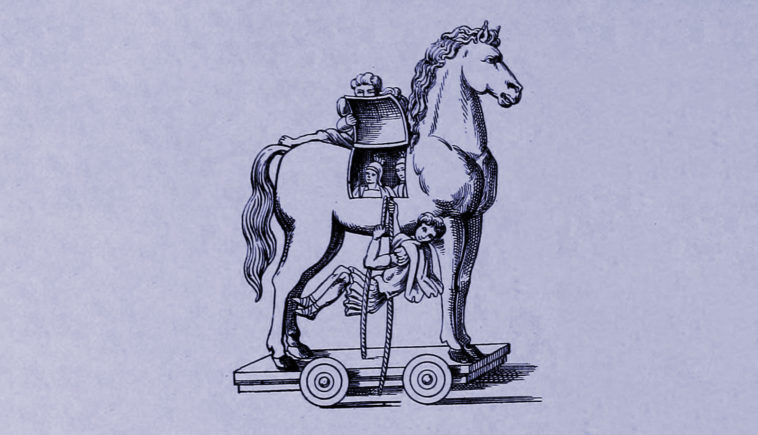 Trojan horse as depicted in the Vergilius Vaticanus (c. 400)

I want to be a part of an America that continues to stand up for all of us, not bail on all our friends across the country.

In the wake of the American elections, there has been increasing talk about where a Biden presidency would stand on Scottish secession. The short answer: it will be unchanged from Obama in 2014 and all modern US presidents.

Firstly, as Biden has said in his speeches since becoming president-elect, his tenure of the Whitehouse will be marked by unifying, not dividing, an already polarised nation. He has said he will appeal to the millions who voted for his competitor and strive to embody the words of the then-senator, and later president, of the United States, Abraham Lincoln, who said on the eve of the American civil war, “A house divided against itself cannot stand”.

Biden will also have to deal with secessionists movements in his own country, such as the Texas Nationalist Party, Greater Idaho, Yes California and a myriad of other small groups who, in this day and age, are as polarised as ever, and often more armed than ever.

Americans remember the Civil War; it has left an indelible scar on their Union and the national collective consciousness as the bloodiest war in American history. Despite the slogan change, the duty of the president is to act in the best interests of the nation, and in this case, that is taking a strong stance against secession.

From the Civil War to the present day, the United States has made it very clear that secession will not be tolerated, and it has deemed it “unconstitutional” – American legal jargon for never. President Biden, regardless of his heritage and supposed political sympathies, cannot support such groups domestically, and therefore, will not support such movements internationally either, as it will be taken as either hypocrisy or tacit support.

But, let us look closer to home for examples of how secessionist movements are isolated. The European Union did not rally to Catalonia, lest Italy have to face Lombard secession or France and Corsica, or Belgium and Flanders, Germany and Bavaria, the Czech Republic and Moravia, Moldova and Transnistria, and so on.

For centuries, Europe has been torn apart by nationalism, and the blood of millions of its citizens has been shed because of it. The European Union is meant to bring European countries closer together, not to divide them further.

Regardless of the outcome of Brexit, the European Union will not suddenly support Scottish secession; we already know the legal advice used in 2014 was a lie. It will not do so for the simple fact that to support it externally is to support it tacitly internally.

In the face of an uncertain future, no country and no leader would advocate such a dangerous and damaging position – that is, except one.

The Russian Federation is a keen supporter of secessionist movements, though never openly, as it does not want to encourage the numerous secessionist groups within the federation. Though, as seen in the many small post-Soviet wars, the standard Kremlin answer is not to offer a ballot but, rather a bullet.

The Russian government supports these movements because it is part of its long-standing hybrid war doctrine — to sow discord and to internally strive to weaken its enemies and openly question their internal democratic processes, and always as an exercise in whataboutery to distract its own population from their myriad internal problems.

However, Timeo Danaos et Dona Ferentes, ‘be wary of Greeks bearing gifts’. The Kremlin does not care at all about the state of Scotland’s future, in fact, the worse, the better for them. It doesn’t care for democracy, or poverty, for a green future or for social equality or anything the nationalists say Scottish secession stands for.

What Russia stands for is a weaker UK, a weaker Europe, a weaker NATO and weaker West. To achieve this, it spreads the seeds of distrust online and throughout the national consciousness. Indeed, it now employs the movement’s former leader. Nationalists love to say how somehow, they have been thrown under the bus; the Kremlin couldn’t care less if it was under a tank.

Europe did not support Catalonia and America fought its bloodiest war against those who attempted to break up its Union. The Russians are not your friends.

So, secessionists, know this: you are alone.

Good piece. Russia, as you may know, has gone further and made it a “treason” to call for secession of parts of the Federation, under the new “Constitution”.
Central Asia is well analysed in a new book, about which I have made a short film: 57 – Central Asia – YouTube

Dear Michael. Thank you for your comment. I was aware of this article in the constitution, and how it follows decades of internal fighting. I have studied several movements within the former USSR which fought the state. Thank you for the video link, i shall give it a watch today. I am keen to win that caviar. Have you spent much time in Central Asia? With kindest regards, Angus. 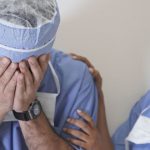 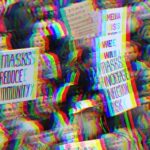