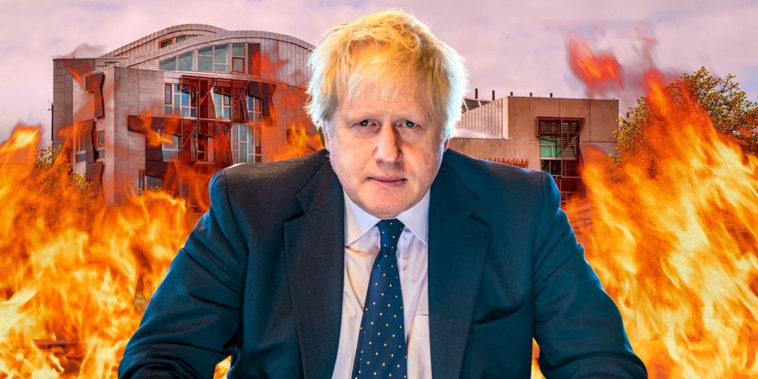 Whether you like, or even agree with, Boris Johnson or not, he has done us all a huge favour by igniting a discussion on whether Devolution is a ‘disaster’ or not.

In its 20th year, we are now in the ridiculous situation where the SNP, a party that never supported Devolution and wants to destroy it as soon as it can, is saying they support Devolution (they don’t), while Scottish Tories, who also never wanted Devolution, and who are appalled at the SNP takeover of the institution, are also saying they support it (they don’t). So who actually wants it?

According to the media, Boris has made the unpardonable error of telling the truth. Even Andrew Neil has said Boris has gone too far by calling Devolution a ‘disaster’. But, a look at how Devolution has performed against its intent, shows that it has failed on almost every level.

It’s not enough to say that these failings are ‘our failings’. Failings are failings irrespective of who is to blame.

Contrast this list of failings with its purported successes:

Not much to show for 20 years.

Perhaps Andrew, like most commentators, thinks that there is a lot of support for Devolution? In a Twitter exchange on this topic, a Nationalist referred me to the Scottish Social Attitudes survey, which showed that in 2020, 51% of respondents wanted ‘independence’, while 7% wanted no parliament at all.

The National reporting on the survey said that ‘just 36% of Scots want Devolution’, a number that has been consistently dropping since 2012, when it was at around 60%. That 36% must surely be shrinking every day as people become more aware of Devolution’s failures.

I suspect there are only a few groups of people who actively want Devolution: Holyrood politicians, the Scottish Government and their many hangers-on. Personal power and troughing drive that support.

For the rest of us, it’s been a failure. A £100 million a year disaster that has not helped ordinary people.

But is abolition the answer? The Abolish The Scottish Parliament Party thinks they can capitalise on growing dissatisfaction, but is that a step too far? Should Devolution be scrapped or should it be reformed?

If it is to be reformed we have to ask: reformed into what? And what actions would need to be taken to reform it? Is it salvageable? Or will it inevitably tend towards separation?

Whatever the case, the UK Government needs to affirm its authority. At a minimum, it should stop any further calls for referenda, not just on the grounds that ‘once in a generation’ actually means once in a real generation — not a pretendy one — but that it will not countenance any vote that means the break up of the UK. The UK Government must, primarily, be a protector of its own territory, and act in the best interests of all its citizens, not just a small percentage of separatists.

Secondly, there must be more oversight. Inquiries into devolved government misspending and scandals must be conducted at the UK level, and have the threat of proper punishments and penalties.

Thirdly, there must be less centralisation and duplication of UK facilities. Devolution was set up as an Assembly, not a Government. The UK Government should aim to harmonise our taxation, economy and laws, and resotre power to local authorities.

And if it is to be abolished, we have to ask: abolished into what? While the idea of turning Holyrood into a car park and getting rid of the constant calls for Separation is a seductive one, what would be the reality of the situation? A restoration of power and funding to local authorities would be welcome, but what of ‘Scotland-only’ issues? Could they be dealt with by our existing 50 MPs?

Our choices are therefore:

The SNP will continue in power and keep agitating for a second referendum. We rely on the UK Government to hold the line until the next General Election.

2. Beat the SNP at the polls

As we all know, the SNP is only in power because the opposition parties are divided. We need a one-time alliance to break the back of the Nationalists.  The main parties should stop their opposition to this idea. It directly benefits them. If they don’t, they will suffer at the polling booth in 2021. The majority want and need them to step up.

This might be a cleaner solution, but at this stage it is probably a step too far for mainstream voters. However, never underestimate the power of the ‘fuck-you’ vote. Indeed, a large part of the SNP’s vote comes from exactly that feeling of protest, directed against the UK, so would it be any surprise if anti-Nationalists harnessed the same kind of sentiment against the SNP?

Johnson may have ignited the debate, but this fire will continue to burn until someone has the nerve to stamp it out.

To paraphrase Stalin: Sturgeons come and go but the Scottish people remain. The real, underlying reason for defending the Union is one which most Scots would subscribe to, if it were made strongly and in non-“Etonian” tones. It is to defend the RULE OF LAW in the world, or at least the aspiration for it. The “thin red line”, never forget, was the Argyll and Sutherland Highlanders (as later called) under the legendary Sir Colin Campbell at Sevastopol. That was a classic “rule of law” war. Defending that Union and tis (usually) rules-based approach to international relations what we have… Read more » 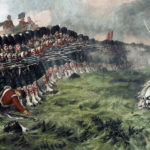 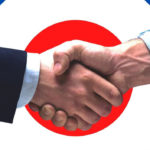