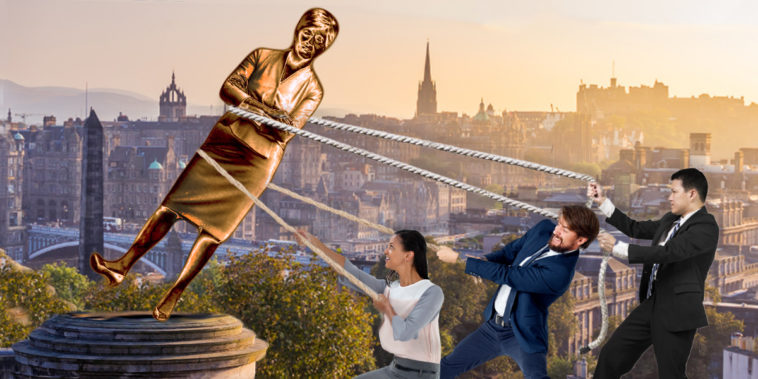 Do you remember, just a few months ago, when statues were being toppled around the world? Men who had been venerated in their time were now exposed as having profited from slavery or other ignominious acts. What was surprising was how quickly it all happened. One day nobody cared; the next statues were being pulled down. How quickly times change.

Legal authority is a system of ruling in which the power of the individual comes from a legal framework, for example when Joe Biden was inaugurated he was transferred the powers of the presidency under the authority of The Constitution of the United States of America which is the foundational document of their nation.

Traditional authority is a power that derives from custom and tradition, for example, that of kings and queens, even if they are also now contained within a legal framework.

Charismatic authority doesn’t come from a legal document or centuries of tradition but from a single person and simply means that the individual has a charismatic ability to inspire people, through their speeches, actions, ideas or mere presence, to trust and follow them and their ideologies.

It does not refer in any way to the morality of the actions but only their leadership style. It’s a very broad category; there are many kinds of charismatic individuals, such as religious leaders, political figures, celebrities, sports stars or even people who come to symbolise their movement.

Nationalism is a centralising ideology. When everything is seen through the lens of ‘the nation’, power and authority inevitably become over-concentrated in the nation’s living embodiment, its Dear Leader.

But, the control and stability of any movement lasts only as long as that leader inspires trust in their followers. Should they fail, then their movement collapses.

And now we come to Scotland, the inquiry into the Scottish Government’s botched Alex Salmond harassment claims and Nicola Sturgeon.

Nicola Sturgeon is a vital asset to the SNP. No-one could ever hope to replace her and maintain her level of support. Credit where credit is due, she is a skilled, if limited, politician and has become a good communicator. She knows how to play a situation to her advantage. She is undoubtedly a charismatic authority figure, but while she built the SNP into what we see today, it survives only as long as she remains at the helm, untarnished and trusted.

Throughout this whole sorry saga of the Salmond inquiry, we have seen intentional and outrageous contempt for the commission’s investigative mandate and shameless treatment of the Scottish public and its elected officials. We have seen the SNP pull out every possible excuse to delay and disrupt the inquiry to the point that the inquiry has been forced to invoke powers never used before by the Scottish parliament. As one SNP MP put it, it’s difficult to imagine this happening at Westminster without the whole country going berserk about it.

It seems, however, that things are changing. Inquiry members are becoming more forceful in their demands. The press is finally paying attention as more and more shocking revelations are made. The old adage of “if it bleeds, it leads” will mean ever more lurid headlines as the knives are plunged further in.

So why, you may ask, is the SNP tarnishing its reputation with such actions? The answer is simple. Nicola Sturgeon is their charismatic leader. She, not them, is the good communicator, the trusted figure, and the one who has been on their screens for the past nine months. It is she who has come to represent their movement and their ideas. It is she who inspires her followers to trust her. It’s her public personality that represents the SNP, and no one else can come close.

Charismatic authority and leadership are strong forces, but their fundamental weakness is their reliance on a single individual who, when removed by circumstance or by treachery, results in the entire movement’s collapse.

If (or, more likely, when) the SNP lose Nicola Sturgeon to scandal, the entire movement will be holed deep below the waterline. All the people she has recently led to the party will no longer have a reason to stay.

With no new charismatic leader, there will not only be a leadership vacuum, there will be a moral vacuum as party members and the public demand to know what else has been lied about, who else knew of this scandal and who helped cover it up? With their leader out of the way, the party’s abysmal record in government will lie exposed.

To save themselves, the SNP are pushing as hard as they can to stop Nicola Sturgeon’s statue falling. But the weight of scandal is too heavy. Gravity is insistent. Like the idols of the past, St Nicola will fall too, and everything she’s touched will come crashing down with her. 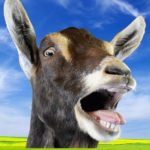 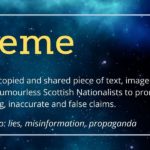