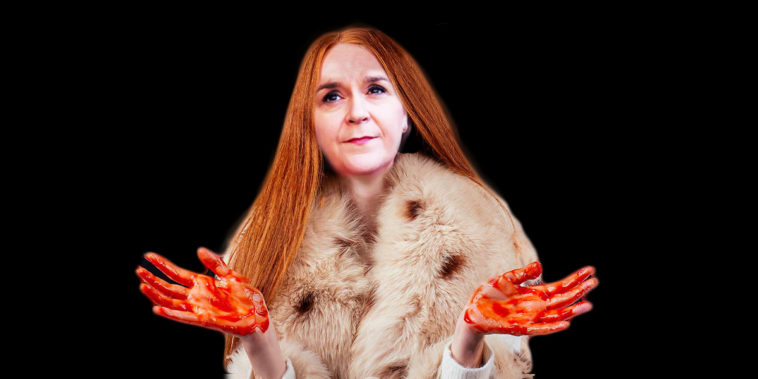 This week, Celebrity Gogglebox is in Cawdor with retired assassins, Lord and Lady Macbeth, as they cosy up together on the sofa. They’ve just been watching the latest news report from their homeland on Scotland’s current power couple.

Her ladyship nods. “That fishy woman can’t even organise a couple of witches.”

“They’re not even proper witches, m’dear. They’re some kind of – I dunno –special advisors…maybe?”

Lady Macbeth ignores him. “Look, I admired the fish woman at first. Getting close to the old king was a shrewd move.”

“Yes, but she should have finished him off properly,” her ladyship replies, patting her hubby on the knee. “A court case is just too messy.”

The old man sighs. “What magic powers do these folks in white wigs have?”

“It’s bizarre!” exclaims his wife. “In our day, it was just Birnam Wood on the move – and we thought that was pretty weird!”

Macbeth nods. “Really, there’s nothing worse than a botched assassination,” he groans. “The blood gets everywhere – and I should know!”

“But it’s always the botched cover-up that gets you in the end,” notes Lady Macbeth. “I couldn’t find anywhere to hide that bloody dagger from the servants.”

“And now it’s civil servants,” her husband harrumphs. “They should know their place – they’re servants, f’godssake!”

A gnarled hand grips the arm of the sofa. Recent events have conjured up long, painful memories. “Y’see, what’s the point of her muttering – ‘Is this an inquiry I see before me?” – the old king says. “That way ends in madness!”

“Dingbat crazy!” agrees Lady Macbeth. “The only sane thing she can do now is resign and install a new leader. Then she can rule through him.”

“About time too,” her ladyship mutters to herself. “That’s what I planned to…”

“HEY!” her husband thunders. “I heard that!”

“Well, at least she’s learning something from us!” Lady Macbeth retorts. “After all these years, we are still role models.”

“And now a party political broadcast by the Scottish National Party… 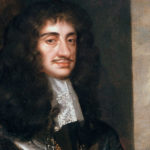 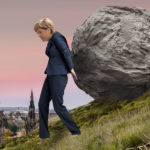