Kier Hardie in his living room (note the Union Flag)

Solidarity, collective resources, having more in common than differences, and working together in a shared identity and future. This is the basis of my political beliefs and my commitment to Unionism and the British family of nations and people.

They are powerful arguments that we, a country welded together through shared pain and happiness, are “better together”. That we are even bigger, even stronger and even smarter than we could ever be apart. These arguments for the UK, are made real in furlough payments, the vaccine rollout, the British Armed Forces, the NHS, and people coming together during the pandemic. They are also arguments that Labour has used since its birth.

In most things, I am a moderate and a centrist. After a life spent studying the outcome of differences that have turned toxic, I strive for commonality. I voted for the Lib-Dems in the 2019 election, because Jeremy Corbyn did not present the unifying vision I was looking for. With Corbyn gone, Starmer and Sarwar have the potential to gain my vote, because Boris Johnson and the Conservatives will not be in power forever. I will not throw the baby out with the bathwater simply because of who occupies Number 10 at the moment.

While the politics of the whole of the UK do not reflect those in Scotland, it is often important to get to the big picture, especially as that shapes the way many people view the situation.

The collective trauma of the last year has fundamentally reshaped Scotland, the UK and the world. The arguments that dominated our lives a year ago now seem stale and out of place, as we count our losses while looking to rebuild and reform. At a time like this, the candidate that can garner the widest support, is the one to get behind. I believe this is the strategy Anas Sarwar is banking on.

Sarwar has made his constitutional position very clear. He does not support independence and has said he will vote against any bill on it for the next five years. This is as good as never; the deeply wounded SNP government that may limp into office in May will never last five years. Therefore, attacking Labour on the constitution is pointless. Instead, I believe Sarwar’s approach is most likely to win the greatest number of potential voters, both soft Yes and soft No.

In yesterday’s leader’s debate, the Conservatives attacked Labour on their commitment to the Union and for not committing to a pro-UK coalition platform. I can see how that may reflect badly on Labour, but digging deeper, I see it as primarily a means for the Tories to attract pro-UK voters who are the Conservatives’ main voting block.

Those attacks are more about bolstering the Tory vote, rather than increasing the overall share of voters supporting pro-UK parties. The Conservatives want to keep their position as the primary opposition, even if that means poaching voters from Labour; they’re not interested in attempting to convert SNP voters.

The Conservatives are appealing to the Unionist vote; the SNP is appealing to the secessionist vote; it is only Labour that is trying to appeal to both camps, knowing that within the secessionist camp, a very significant amount of people do not want a referendum within the next five years and certainly not within the next two years. They are not surrendering their Unionist principles; they are simply being pragmatic and reflecting the position of the majority of voters who are overwhelmingly saying, “let us get our country back together before talking about tearing it apart”.

My overarching political and personal desire is for the peace, prosperity and stability of all people who call these islands home. On that basis, the Union is fundamentally important to me because we have seen its benefits in action more than ever over the last 14 months of the pandemic. I would not vote for a party that I thought would endanger either the UK or the recovery from the pandemic. The SNP’s second referendum plan risks both, so I would never vote for them.

The Labour Party’s track record on the Union is complicated and often vague. Its past leaders were unsuitable. But, now under this new leadership, I believe it can be trusted, and look forward to voting for them in May.

I’m all for lending my vote to stop the SNP, but Labours approach is too much on the fence for me or even worse, pro SNP. Abstaining in a vote of no confidence against Nicola Sturgeon was hard to take. SNP cult members aren’t interested in switching allegiances, the only way to stop the SNP is to unite against them. One such opportunity was for Labour to form a coalition with the Conservatives in Edinburgh Council a few years back, but instead they joined with the SNP and pretty much rubber stamped every ridiculous idea since, to the great detriment… Read more » 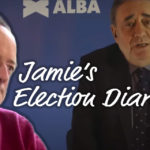