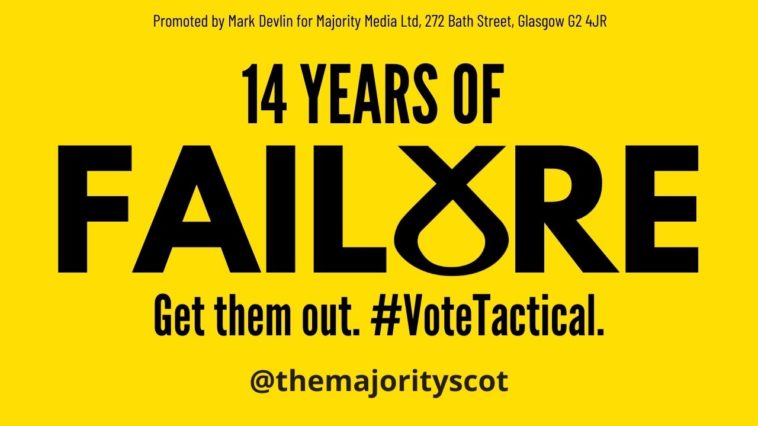 Today, The Majority, with the support of almost 600 donors who raised £14,500 for their Let’s Put Up Billboards! crowdfunding campaign, launches its final elections campaign, before the Scottish Elections on May 6.

After a hugely successful campaign that flew a #ResignSturgeon banner over Holyrood, and took ‘We Don’t Believe You NIcola’ ad vans to the Scotttish Parliament, The Majority now takes the fight directly to the Scottish people, via billboards and mobile digital ad vans carrying a message highlighting 14 Years of SNP failure and promoting tactical voting:

This campaign aims to let voters know that they have the power to use tactical voting to put an end to 14 years of SNP failure. Research by Scotland Matters shows that up to 500,000 Scottish voters are considering tactical voting. We invite various campaign groups to take advantage of the #VoteTactical hashtag on Twitter.

Mark Devlin, founder of the Majority:

In this election, ordinary people have the power to put an end to 14 Years of SNP incompetence, corruption, and failure by voting tactically. The SNP is only in power because the opposition support is split. We urge ordinary people to use the power of their vote to support the best candidate to beat the SNP, regardless of their usual party affiliation. This could lead to up to 30 more pro-UK seats, and more importantly, 30 less SNP seats.

Donate so we can do more…

These billboard campaigns were brought to you with the help of our donors, ordinary people just like you, who are sick of a Scottish media that doesn’t represent us, that doesn’t report the news, and that doesn’t fight for us.

Please join them by pledging a monthly donation. Every donation, big or small, helps us amplify your voice. Thank you!

I will be voting tactically in my constituency of Maryhill and Springburn which also takes in Kelvindale. It will be very close. Perhaps one of your vans or advertisements in this constituency?

Why has this report not been leaked, has been suppressed since January, and will further expose the tragic failure in education of Scottish children under the rotten SNP 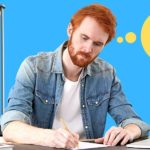 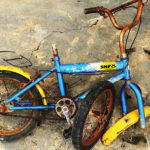