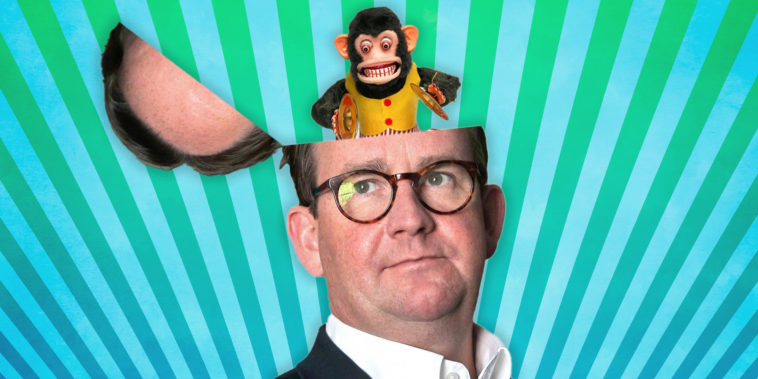 If, as we are told, Andrew Wilson, ex-RBS PR man, is the SNP’s ‘leading economist’ and ‘the Yes movement’s leading intellectual‘, the SNP is not in good shape at all. Wilson has been given air space in the public prints recently, no doubt at the behest of Nicola Sturgeon, who gave his latest article, in the Spectator of 21 November 2020, a puff on Twitter, saying it was ‘on the case for independence – and the paucity of the case against – excellent and well worth a read’.

Wilson asserts that Scotland ‘cannot afford to remain on the UK’s glide path. Staying in the Union is riskier than independence. Voters can see that’. He also tells us that ‘Independence support is also emphatically not born of a chip on the shoulder towards England’. Believe that and you believe anything.

He dismisses the pro-Union position as ‘deficits, currency, borders: it all adds up to the same argument: “I wouldn’t start from here”’.

Well, where else is there to start from but here? ‘Here’ is Scotland mired, like everywhere else, in the Covid crisis. The UK Treasury has poured £10 billion into Scotland, plus Barnett consequentials, to support Scots during this crisis. From where would Scotland have found these funds had the ‘yes’ side won in 2014?

Nationalists tell us loftily that Scotland would have done what the UK has done, and borrowed huge amounts of money to support the population. They do not explain how Scotland would have been able to borrow the kind of amounts that HM Treasury has poured into Scotland.

This money does come from borrowing. The UK borrows currently at very favourable interest rates, some of them negative so that lenders are paying it to borrow. The UK has favourable borrowing rates because it is the fourth most traded currency, the one that is also the fourth most held as a reserve currency in global reserves.

It is true that its exchange rate relative to the US dollar fell sharply after the Brexit vote in 2016, but it has stabilised at around $1.30 to the pound. I recall the rate falling to $1.10 in the early 1980s. Nationalists like to tell us that the UK is a basket case. The only basket to which it is related is the basket of five currencies used to calculate the value of IMF special drawing rates, of which the pound sterling is one.

Had Scotland been on its own, it would, according to Andrew Wilson’s prescriptions, have been using the pound sterling. ‘Using’ means sterlingisation, similar to dollarisation where Ecuador and Panama use the US dollar informally.

Sterlingisation, which remains Wilson’s choice for the currency of a future separate Scotland for an indefinite period, means that Scotland would have no control over its monetary policy. It would have no lender of last resort – a term with which we became familiar during the banking crisis of 2008. Now, who would lend to a country without its own currency, with no control over its monetary policy and no lender of last resort to guarantee loans it might seek, and at what rates?

If that country also repudiated a share of accumulated UK debt, which some Nationalists claim they would do, there would be little chance of a separated Scotland borrowing at all. For a country that lives well beyond its means, that would result in austerity of an order far beyond anything experienced by any of us.

Wilson’s ‘staying in the Union is riskier than independence’ is blown out of the water by this alone, quite apart from other considerations. And his attachment to sterlingisation would mean so-called ‘independent’ Scots having a currency whose notes would have ‘Bank of England’ printed on them because any Scottish banks that remained after Scexit would have no rights to issue sterling bank notes in the way that they currently do.

Mr Wilson does not explain in detail the relative ‘risks’ that are involved in being in a separate Scotland, but he makes a stab at inventing risks of Scotland remaining in the UK. He tells us that ‘the UK deficit this year, after Covid, will be more than twice what Scotland’s was last year… Yet Scots are asked to believe that their deficit starting point would be unfundable. Clearly this is not true’.

We are back to the question of HOW the deficits would be funded – the borrowing question that is dealt with above. Wilson sniffily dismisses the UK as the 21st richest country on earth in IMF rankings, rankings based on the dubious measure of GDP per capita. I seem to recall that, in 2014, Scotland was listed as likely to be about the 57th richest country.

Taking a humorous turn, Mr Wilson tells us that the ‘SNP prospectus is worked out and clear on currency, public finances…’. He is, of course, the author of the Growth Commission Report that was as welcome as a cup of cold sick at the SNP conference a couple of years ago.

Its prescriptions on currency and public finances were deeply unpopular with the SNP membership, some of whom noticed that he had smuggled into it a recipe for austerity. In the Spectator, he tells us ‘Rome wasn’t built in a day, but it was worth building’, and that Scots know that ‘it will take a huge effort. It will be hard work’. These are the last things SNP members and voters want to hear.

I’m afraid that Mr Wilson has done nothing to prove that Scotland would be better off on its own – outside both the UK and the EU. He writes glibly of a new central bank being created ‘immediately’ after Scexit, but gives not a hint of how he would find the funds to underwrite it, or of what its function would be while Scotland used sterling informally. Andrew doesn’t even know where to start on his road to nowhere.

I know of no reputable economist who has hailed his prescriptions as viable. They are nothing more than attempt to square the circle of the SNP’s eternal problem: not having enough revenue to fund the lifestyle to which it has accustomed Scots.

Where are the funds coming from for the recent announcements that period products will be free, as will breakfasts and lunches for all primary pupils? Why, from Uncle Barnett at HM Treasury, of course. 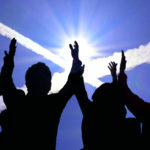 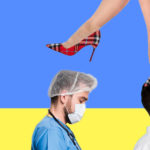