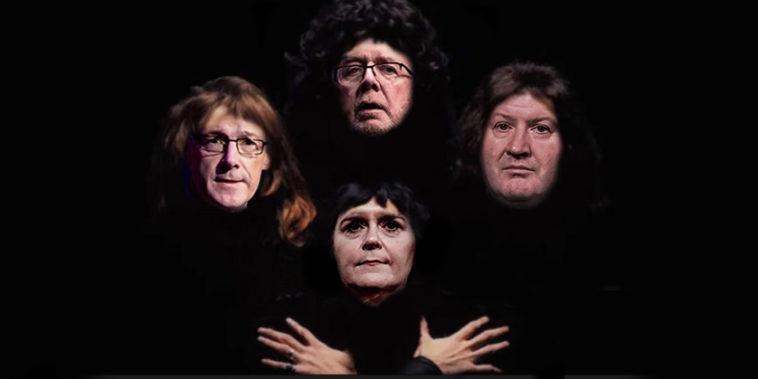 Nationalist Rhapsody: Is this the real life? Is this just fantasy?

Normally, I wouldn’t write a whole article on some internet rando, but in a video posted on March 3, Gordon Ross, a driving instructor from Partick, who styles himself with the bad pun ‘Inde-car guy’ (on Twitter as @PartickDriver), claimed that he has been given the answers to how the SNP will conduct its second referendum campaign, directly from Mike Russell, the party’s President and former ‘Cabinet Secretary for the Constitution, Europe and External Affairs’.

As we all know, as a devolved administration, under The Scotland Act, the Scottish Government cannot run a legal independence referendum without first obtaining a Section 30 order from the UK Government. Section 30 gives the UK Government the legal power to alter the list of reserved matters which fall outside Holyrood’s powers. Such an order was granted before the 2014 referendum.

What Would Sturgeon Do?

In the 2021 Leaders’ Debate, Nicola Sturgeon said that she doesn’t want to run a ‘wildcat’ or illegal referendum without an S30:

I have said consistently all along, sometimes to criticism from people on my own side of the argument, that I would not countenance an illegal referendum, not least because it would not deliver independence. And I want Scotland, in the fullness of time, in due course, to become an independent country. And I will be responsible about that, and I will build and ultimately, I think, win the case for independence, through patient persuasion of people across the country.

In the same debate, she also told voters that a vote for her in 2021 was ‘not a vote for independence’ (only to turn around after the vote and claim it was).

Sturgeon has asked for a Section 30 order twice: once from Theresa May and once from Boris Johnson. She was refused both times. The British Government has used various reasons for refusal, such as:

But the main reason it won’t grant one is because it doesn’t have to. The Scottish Government has no way to force an S30.

Nationalist voters claim that the 2021 Scottish Election result, returning 64 SNP MPs (one short of a majority), gives them a ‘mandate’. But that ignores that a second referendum is outside the remit of the administration they were voting for. It would be like voting for your local council to send tanks into Ukraine: it simply doesn’t have that power.

Section 29 of The Scotland Act 1998 is quite clear about the limits of the Scottish Government’s power:

Note the words “to its effect”. If an advisory referendum’s aim is to effect the Constitution, a reserved matter, then it is outside the legislative competence of the Scottish devolved administration. Sturgeon and her useful idiots in the media, have fooled and continue to fool, her followers into thinking she has a power she is not entitled to.

Talk of a ‘mandate’ also ignores the fact that the Conservative Party, which is in government, also has a mandate not to grant a second referendum, a point made by Wings Over Scotland’s Stuart Campbell:

Johnson absolutely DOES have both the moral and political right to refuse. He has the political right because Westminster – as Nicola Sturgeon never tires of reminding us by refusing to countenance an “illegal” vote – is sovereign over Holyrood, and he controls Westminster. And he has the moral right because he stood for election just nine months ago on an unambiguous manifesto pledge of refusal, and he won a clear majority in the UK parliament on that manifesto…You cannot say “our manifestos and mandates count but their’s don’t” and expect anyone, let alone the international community, to take you seriously…Those competing rights represent an irresistible force and an immovable object, and you don’t shift an immovable object by sulking and stamping your feet and shouting at it that it has no right to be immovable. You have to act.

(Note that Campbell acted by giving up.)

So how can the Scottish Government force the issue? They could organise mass protests, but recent protests are in the hundreds, even including the dogs that tag along for the walk.

The SNP have used the past 15 years in power to lever the Scottish parliament into a forum for grievance and breaking up the UK, instead of using it to improve education, housing, crime, drug deaths, while brushing away a huge litany of scandals, crimes and misadventures under the magic carpet of ‘independence’.

So, if the SNP can’t force an S30 what can they do? Back to Gordon Ross in his car, somewhere in deepest Partick, and his inside track to Mike Russell. According to Ross, and assuming he’s telling the truth, Magic Mike says the SNP don’t need an S30 at all! Mike told Ross that an S30 was a ‘nicety’ and a ‘kind of gentleman’s agreement’ that is ‘merely an invitation to the UK to participate formally, and inviting it to recognise the result’.

Russell told Ross that SNP intends to not ask for an S30 and hold an ‘advisory’ referendum instead. They are not worried about ‘Unionists boycotting the vote because for them any positive result will stand, even with a lowered turnout. The result of the real referendum in 2014 will be cast aside and the advisory referendum result will also be used to say that ‘The Scottish People™ want independence’ with separatists claiming that every action taken by the UK Government to defend itself is ‘against the will of The Scottish People™’.

They are not worried about any court action by the UK Government, which Ross calls ‘a legal challenge by Boris Johnson in ‘his own Supreme Court in England’ as it ‘cannot trump Scots law’. I’ll add now, for the sake of reality, that this is false:

According to Russell, pro-indy MPs in Westminster, who he calls ‘the legitimate, unrestricted, Scottish parliament sitting in The English Chamber’, would return to Scotland, where they would legislate to repeal the ‘voluntary’ Acts of The Union, which Ross says ‘can be repealed by either side’.

UDI is a dangerous strategy that puts the anti-democratic views of a minority of separatists against the democratic wishes of the majority of Scots who voted to remain in the UK in a legal, free, fair and decisive once-in-a-generation/lifetime referendum. UDI will likely be a trigger for civil unrest and possibly violence. At this point, separatist leaders will face arrest (see Catalonia).

Ross then says the referendum result would be used to engage international agencies, citing the Scottish Sovereignty Research Group (SSRG)’s plan to join the European Free Trade Association EFTA, which is a regional trade organisation and free trade area consisting of four European states: Iceland, Liechtenstein, Norway and Switzerland. According to SSRG,:

Prior to the May [2021] elections, the SSRG asked EFTA if the Scottish Government were to use these elections as a plebiscite for independence, would they consider this as legitimate grounds to join. They responded affirmatively, provided the Scottish Parliament affirms its sovereignty thereby acquiring the competence to negotiate international treaties, and the powers to abide by them…Once sovereignty is affirmed, Scotland can join EFTA and re-join the EEA within weeks. The four freedoms of movement Scotland lost with Brexit: people, goods, services, and capital, would be restored. EFTA has already negotiated post-Brexit trading arrangements with the UK. Scotland joining EFTA will also facilitate cross-border trade between an independent Scotland and England.

That means a hard border. By the way, a ‘plebiscite election’, the idea that a General Election can be used as a proxy for a referendum, is bogus. That’s what referendums are for. And it amounts, once again, to UDI.

The SNP would then aim to get recognition from the EU and the UN, where Ross believes that any dispute with the UK would become a matter of ‘international law’.

Russell, through Ross, says this process will take just three years. The referendum in 2023 (now apparently delayed due to the Ukraine crisis); the recall of MPs and repeal of the Acts of Union in 2024; international recognition in 2025.

Ross, and presumably Russell, see their plan unimpeachable. They say that there can be no legal challenge to an advisory referendum (there will be), that a boycott only helps them (it won’t) and that international agencies will support (unlikely). Their plan amounts to UDI, pushed through on the basis of a government run opinion poll.

Pretendyref or not, we must get ahead of the fight

Nonetheless, there is a real danger that an advisory referendum, should it go ahead, would give separatists a significant PR win. As it stands now, the UK Government is able to say that the matter was settled by Scots in favour of remaining in the UK. But a pro-independence result, even for an boycotted advisory referendum, can cause significant trouble, as political and media troublemakers and external influences use it to try to attack the UK government.

Most worryingly, by allowing these plans to go ahead, the UK and pro-UK voters will be put into a defensive position. It is vital to get ahead of their plans. This means:

The SNP will never stop agitating for a second referendum. They act like they never lost in 2014, while the UK acts like it never won. As we have found in Scotland, a country cannot move forward when it is under constant threat of breakup from a minority of separatists, especially after they were defeated in a free and fair referendum that was supposed to settle the issue decisively.  It’s time to stop their divisive plans once and for all, and finally secure the peace Scots deserve.

We will be discussing this article and more on The Majority Podcast, every Thursday at 7pm.

To use a phrase much loved my my mammy, Gordon Ross needs his heid looked! If, on the other hand, Mike Russell really told him this pile of lies and excrement, then he needs to be arrested. Treason is such a dreadful thing, but he deserves to have to pay the price for it. And the rest of the SNP and their merry band of toerags can pay it with him. Deport them to an uninhabitted island and let them set up their Brigadoon away from the rest of us. With no passenger ferry access, of course. 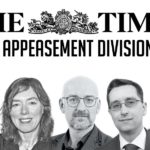 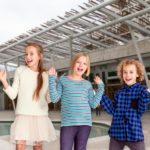